You might be looking for his COLD BLOOD counterpart.

“I-I remember my family w-w-whipping m-me to death and h-hurting me w-w-whenever I did s-stupid things... [holds his arms around them both suddenly] I-I dunno, running a-a-away from p-problems is d-dumb but I'm glad I-I particularly d-d-did because I g-got to meet you b-both...”
— Zonas, Shadows of Mallory, Chapter 8: Mirror, Mirror on the Wall...


Zonas B. Trayd is the main protagonist of Gone and is one of the various characters of the Zaxinian Lifts timeline, being in the Hisplit universe alongside Pierce Hazel. He is a lonely and rather sadistic character who is wanted for his thievery while he attempts to seek out and arrest his family for ironically the same reasons - thievery.

Zonas is a human of the African American ethnicity with a rather moderate-height, standing at 5'4", and weighs around ninety pounds. He's got blue hair in the form of a ponytail, sapphire eyes, and two piercings on his right ear, those being used by his family to try and identify him. What he wears often varies, but usually he wears a ragged black coat with a hood that he got from someone off the streets, and wears torn up navy-blue pants, but wears nothing else besides a pair of reading glasses with a sky-blue hue.

Zonas is a thief who ran his birth grounds as he accidentally messed up the lake of Laline, his family's home town. By this, he accidentally knocked over the oil tower of Laline into the lake, causing a huge and havoc wreaking mess that killed the lake. Since this, he has been hating himself for every step he takes, cringing or crying for every three, living deep within the heart of a giant city as a weak thief.

He's not a dreadful person, but his family is of demonic origins and they have a history of being overly harsh, and they unintentionally prompted him to just run further and further away from them. That family knew that Zonas held a secret in his heart; it was some power, some really obscene and incredible power that didn't even have its properties explained, that he was unable to use unless his emotions got the best of him. Because of this, they have been on the lookout for him, wanting to bring him back and to punish him thoroughly for running away and steal the power embedded in his chest, something the boy refuses to let happen. The power he bestows, as unknown as it is, can only be very, very abominable in the wrong hands.

Zonas escaped the prowess of his family and, with the aid of his two at that moment conflicted girlfriends, slayed his family one by one, landing both father and even mother in prison. Since then, he united with his girlfriends and traveled with them in peace.

Zonas is very negative towards himself for the things he's done in the past, and refuses to let go of them as they have brutally altered his life and decisions, and a lot of things he knows about himself makes him just feel like a genuine loser. He does give himself some credit by being amazing at getting out of certain scenarios, but they actually just add to his guilt and make him feel just slightly more awful. He's also very lonesome and doesn't really get anyone to talk to them unless it's part of his schemes to put members of his family under official arrest. Zonas is - usually - physically harmless and could not hurt a fly, and cries and weeps for a hobby, often hiding out in alleys to do so.

Zonas, as ordinary as he gets without a powerful and deep running emotion stored mentally, looks simple enough to look and dress like a woman, able to keep multiple aliases under his hat, and foil minds at will. The more outfits he has in hand, the more names he can give himself to work under and disguise himself from the idiocy that is his family. A large flaw though is his stutter and his simple vocabulary, which can make disguising for certain bits like being a nurse/doctor quite difficult, and if found out, he can get in loads of trouble. Zonas is an expert at hiding and altering his voice, which gives him just a bit more help.

I have literally gone through explaining that he's rather ordinary for standards of power, but he does have a weapon at hand; the Freezer. It's a small revolver that fires a harmless blue laser that immobilizes people for seconds at a time, granting him just enough time to get away. It's best targets are legs and mouth - legs to freeze them from moving, and mouths to prevent them from talking. It may be harmless, but it can also be fired at the chest...and freeze their heart. As he doesn't really mean harm, it's unlikely he will ever fire at anyone's chest, but if there's a one way solution, and if that's it, that's his only available option.

Zonas and Sinicini get along really well, despite Sinicini's "tattletale" personality that would lead her friend into trouble various times.  Zonas has romantic feelings for Sinicini and really loves her, always worrying for her safety overall.

Zonas and Adexene are on really good terms, to the point where she's one of his girls.  Originally Adexene didn't like him much thanks to his relationship with Sinicini, but she began liking her, making everyone in their tiny gang get along well.  She has high trust in Zonas and wishes to help him out.

Zonas has taken a liking for Rubelline, thinking of her as a great yet troubled friend, and hopes everything turns out well for her.  He actually finds Rubelline to be rather pretty, but is too shy to compliment such.

Zonas is not fond of Pierce Hazel as it feels like he's just trying to seek him out for being a member of the Trayd family, and his overly dramatic ways of trying to get people to murder him.

Zonas as he appeared in Gone

Zonas as he appears in Fantendo Smash Bros. Victory 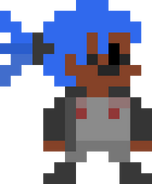 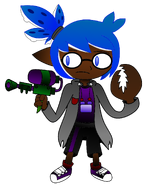 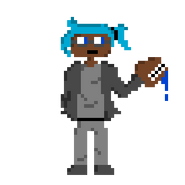 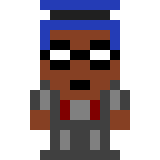 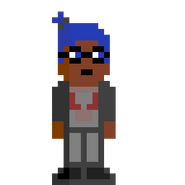 Retrieved from "https://fantendo.fandom.com/wiki/Zonas_B._Trayd?oldid=2937466"
Community content is available under CC-BY-SA unless otherwise noted.