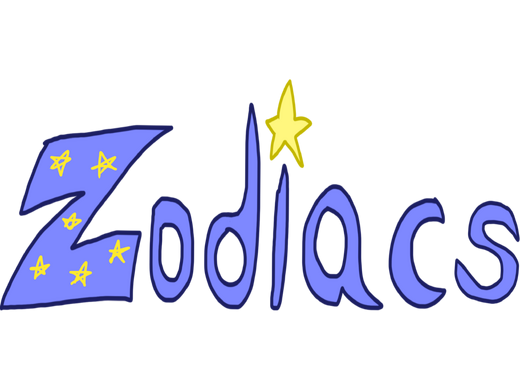 Zodiacs is an upcoming 3D hack-and-slash game developed by Fuzzy Feeling Productions, being released for the Nintendo Switch and The V² in early 2018. The game stars Ciriesta, a young woman living in the cosmic land of the Zodiac Kingdom, who, after discovering that a black hole will obliterate the entire Milky Way, recruits 12 of her comrades–the Zodiacs–to travel with her to the black hole's core and destroy it.

Zodiacs' gameplay focuses around exploration and combat, taking inspiration from games like Legend of Zelda: Wind Waker. In-game, the player is able to travel through space, traversing unique planets and stars while fighting cosmic foes. Characters fight enemies using a variety of Skills, and each character has skills unique to them, as well as passive traits.

The game is slated for an early 2018 release.

As stated before, the gameplay of Zodiacs takes a page or two from various Legend of Zelda games (particularly Wind Waker), as well as games like Super Mario Odyssey and Skyrim. In other words, Zodiacs's gameplay focuses on 3D-based exploration and combat.

The game is mostly focused on traveling across several different galaxies in order to collect artifacts called Constellation Amulets: these artifacts take the form of medallions that, in large quantities, can destroy cosmic darkness. As expected, Ciriesta's goal is to collect all 124 Constellation Amulets scattered between six galaxies, the number needed to vanquish the ever-growing supernova that, if left alone, will consume the entirety of the Milky Way.

There are two kinds of gameplay found in Zodiacs: exploring the overworld and playing in missions. In the overworld, the player primarily moves by controlling Ciriesta's ship, directing it to planets, moons, and galaxies. Additionally, there are so many secrets outside of the linear paths to the main worlds, which is why the game encourages players to explore every nook and cranny of the overworld.

After choosing an area to land the ship, the player gains control of whatever character they have chosen. The character moves in a three-dimensional environment, and can perform basic actions, like walking, jumping, and attack moves. In the missions, the player must take on a specific task which yields a reward: most often a Constellation Amulet. These missions take on great variety in what they task the player, as one minute you'll have to kill a deadly beast, and the next you'll be forced to save another from a horde of angry space pixies.

The combat system is relatively simple in Zodiacs: all characters have basic melee and long-range attacks, but each character also has different skills and passive traits. Every character has 4 different "exclusive skills" to be used in battle which, as the title entails, is exclusive to said character. Passive traits are simply traits that aren't directly activated by the player, but are put in place simply by using the character. In other words, all of the characters are unique in their own respects, and players are encouraged to try out each character, to see which one suits them the best.

Retrieved from "https://fantendo.fandom.com/wiki/Zodiacs?oldid=2358614"
Community content is available under CC-BY-SA unless otherwise noted.