Zither is one of the main villains of Nintendo + Steven Universe: Kingdom Battle, a crossover game between Nintendo, Sega, and Steven Universe. He is a fusion of Zor and Zazz.

Zither is a centaur-like being colored in lilac and black. He has a long purple hairstyle with with pigtails, including large bangs that cover his right eye, as well as a pair of curved horns, and a pair of crooked horns, each with periwinkle stripes. His head is circular, and his face consists of invisible lips, circular eyes with yellow sclera, turquoise irises and black circular lashes, tiny freckles and a scar on his right eye. 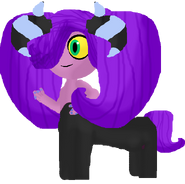 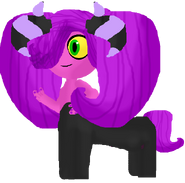 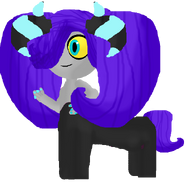