While the term "Zero Suit Samus" is used in the Metroid series almost explicitly to refer to Samus while wearing the Zero Suit that debuted in Metroid: Zero Mission, Super Smash Bros. for Nintendo 3DS / Wii U instead uses the name as a broad term for Samus whenever she has not equipped her normal Power Suit.

Zero Suit Samus returns in Super Smash Bros. Calamity, being a separate character like she was in the previous game. Zero Suit Samus has a new design, but loses her Jet Boots from Super Smash Bros. for Nintendo 3DS/Wii U, so she retains her Super Smash Bros. Brawl moveset, though her moveset has been tweaked, with her down aerial being a stomp and her Final Smash being changed to Crystal Flash, generating an energy field to rapidly damage her opponents. She also has some new costumes, one of them based on her appearance in Metroid Fusion, one based on her Justin Bailey design and one based on her retro appearance.

Samus is one of the default characters in the game, her Varia Suit is her main outfit when her Zero Suit is an alternate one.

Render of Zero Suit Samus in her Fusion outfit 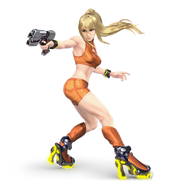 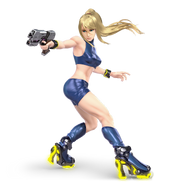 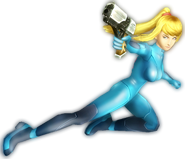 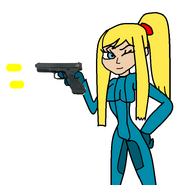 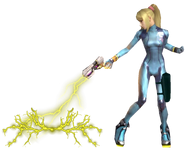 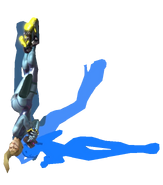 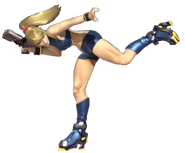 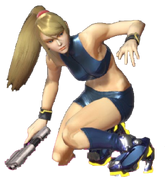 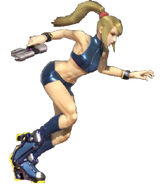 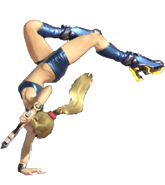 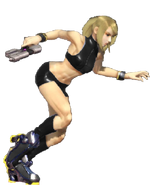 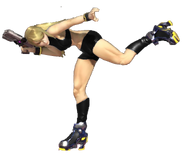 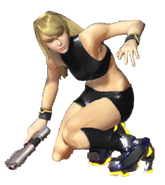 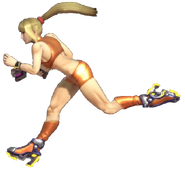 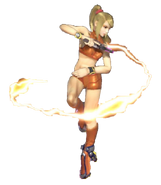 Retrieved from "https://fantendo.fandom.com/wiki/Zero_Suit_Samus?oldid=3022618"
Community content is available under CC-BY-SA unless otherwise noted.