Fantendo - Game Ideas & More
Register
Don't have an account?
Sign In
Advertisement
in: Free to use Characters, What is the New Fantendoverse?, Community Characters,
and 4 more

Yukio Grayson Winters is a community character created by the Fantendo community, with primary contributions and design coming from RampageRoyale (t∣b∣c). He is an icy demon adopted by an old man who takes him in as his own and he later becomes a proficient photographer who has a knack for attacking bad guys without realizing it.

Yukio was the fifth community character on Fantendo, conceptualized in May 2020.

Yukio is a black toned demon with heterochromia, giving him one blue eye with black sclera and one black eye with white schlera. In Nintendo & Fantendo Play: Dodgeball!, his eyes both have black sclera and he instead has one red eye and one blue eye. His horns are adorned with golden rings and he wears a blue beanie with sunglasses atop it. He has pointed, long ears and a black, thick beard.

He wears a blue lei and a cape with a japanese character on the back that is rainbow colored. He lacks a shirt, showing a infinity symbol tattoo on his left arm. He wears black Japanese style pants and white shoes. Out of his pants is a monocle.

Originally a demon with the name Garcon, he hails from another realm and lands in the center of Shibuya Japan. While not understanding anything about his surroundings he runs around the city in a panic, finding clothes and abandoned banners in trash cans and by beating up delinquents who threaten him. He's found by an old man, who takes him in and names him Yukio Grayson Winters. Yukio based on the ice powers and Grayson Winters being a musician that he's quite fond of. Especially his album, Option 24.

As Yukio grows accustomed to his life in Japan, he finds a fondness for writing and photography. He loves exploring and taking photos, and is allowed to do so only if he doesn't cause too much trouble. Along the way, he becomes somewhat of a local hero, by unawarely fighting bad guys with his powers, but goes about his day gleefully taking pictures and then going back home to write about it!

He also finds a Puppy during one of his adventures, and names her Colleen after another one of Grayson Winter's hit singles!

Yukio's first appearance in anything so far has been Nintendo & Fantendo Play: Dodgeball!, where he is a starting character on the Blue Faction, which has Fantendo characters exclusively on it. 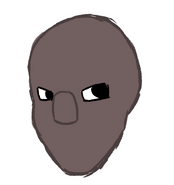 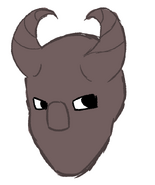 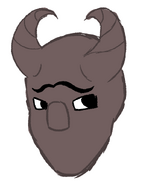 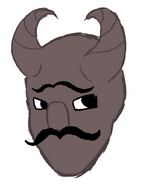 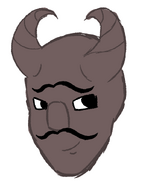 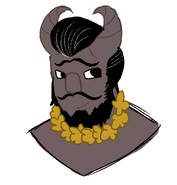 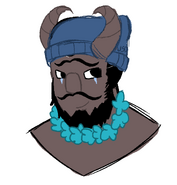 A combination of Mr Z, Eric and Tigzon. A Stupid Hat, A Beanie and Ice Powers 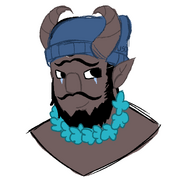 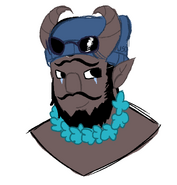 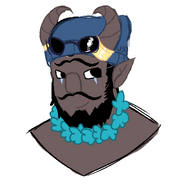 Hoola's Addition - Gold Rings around base of horns 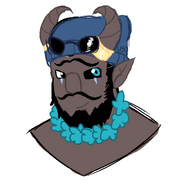 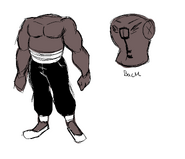 Ink , Crackabo and Fuz addition - A grease monkey aesthetic (Japanese Yankee Style), with a Shirtless look and a Giant Key on his back! 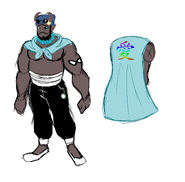 Ink, Puddle, Jay and Stella's Additions - A Fancy Cape (With a gay rights), A green monocle, A Domino Mask (Tattoo form) and a Nice bow tie for the cape
Community content is available under CC-BY-SA unless otherwise noted.
Advertisement