Wolf O'Donnell is an anthropomorphic wolf and a recurring antagonist to the titular group of the Star Fox series. He is Fox McCloud's rival and the leader of Star Wolf. He and his team were first hired by Andross to destroy Star Fox.

In this game, Star Fox first runs into Wolf during a raid on Sargasso. They both suspect each other to be spies for Venom, and have a dogfight. Some time after that, Wolf is betrayed by Leon and Panther Caroso, who are both revealed to be working for Andrew Oikonny now. Near the end of the game, he and Katt Monroe, who has helped both Star Fox and Star Wolf throughout the game, manage to kill both Leon and Panther, while helping Star Fox in their assault to Venom. In the end, however, Wolf refuses to take the Medal of Honor in the victory ceremony, because he feels regret towards his past life of crime. He starts to wander alone as a lone-wolf mercenary, still wishing he could be as worthy as Fox.

In Star Fox: Andross's Invasion, Star Fox must fight Wolf and his gang twice in aerial combat. Wolf is also fought later in hand-to-hand combat, as well as in a new vehicle known as the Mecha Wolf. 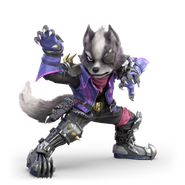 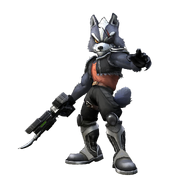 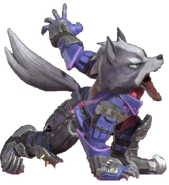 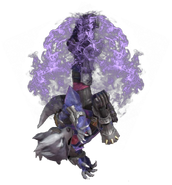 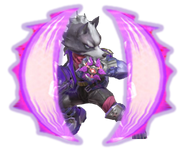