The Wii U Lite is a smaller, cheaper version of the Wii U developed by Nintendo. It's the successor to the Wii Mini. It was released alongside the Nintendo Switch as an alternative for people who can't afford it. Just like the Wii Mini, it's black and red. It retails for $99.99.

All Wii U games work on this console.

The Wii U Lite is smaller than the Wii U. It's black and red, instead of either black or white. It lacks an SD card slot, the Nintendo eShop, Wii backwards compatibility and it has only one USB port.

The Gamepad is essentially the same, except that it lacks NFC. It's also red and it has "Wii U Lite" written on it.

The Wii U Lite uses the same boxart as the Wii U since they use the same games. However, some boxes may have an icon that reads "Wii U Lite compatible". 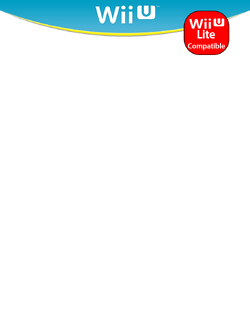 Retrieved from "https://fantendo.fandom.com/wiki/Wii_U_Lite?oldid=2277979"
Community content is available under CC-BY-SA unless otherwise noted.