Wii Fit Trainer is a playable veteran character in Super Smash Bros. Calamity. Wii Fit Trainer is the main character of the Wii game, Wii Fit, where she is instructs the player during fitness exercises (typically those involving mimicking yoga poses) by posing in a way that the player then has to mimic, and instructing them on what to do. 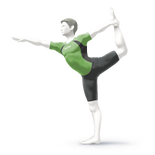 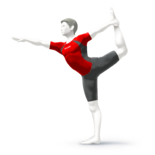 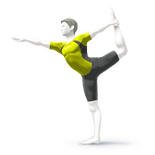 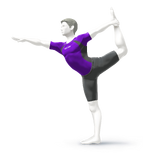 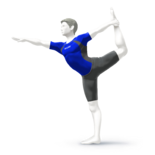 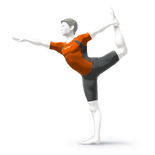 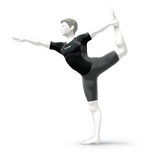 Add a photo to this gallery
Credit goes to Mirai Moon (t∣b∣c) and Yendorami (t∣b∣c) for some of the alternates.

Retrieved from "https://fantendo.fandom.com/wiki/Wii_Fit_Trainer_(Calamity)?oldid=2593623"
Community content is available under CC-BY-SA unless otherwise noted.