Whomps, originally referred to as Slam Beasts, are a possible sub-species of Thwomp that attacks Mario by falling face first on the ground to crush Mario. Mario can defeat it by ground-pounding its back.

Whomps appear yet again in Super Mario Galaxy 2.  they are very rare and only appear in fortress levels.  In this game, they have a small weak point which is the only place Mario can ground pound to destroy them.  A smaller whomp subspecies also appears here, known as the Whimp, that can only take some of Mario's health away instead of all of it due to their size.  They also break as soon as they attack since they are fragile.

A Big Whomp is fought as the boss of Prolouge. It is blocking the way to the pipe leading to  Everbloom Prarie.

Whomp appears in Mario Super Party as an Ally.

A Whomp, known as King Krunch, is the 5th ranked fighter in the Dance-Duel in the Koopa Troupe Theater. Koopolonel's Power Shell is needed to flip him over. Normal Whomps appear in the 100-Trial Arena as a foe. 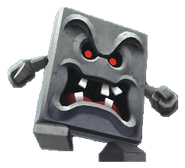 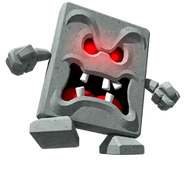 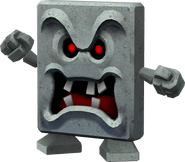 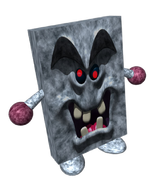 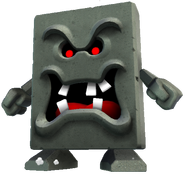 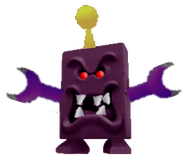 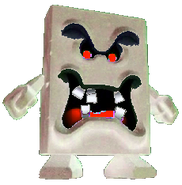 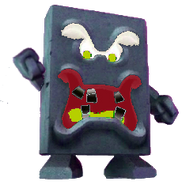 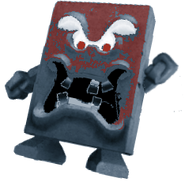 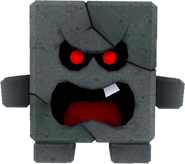 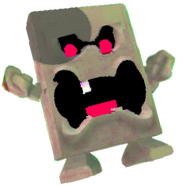 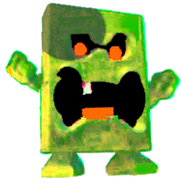 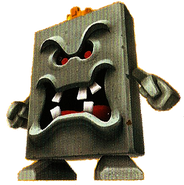 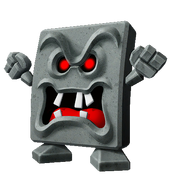 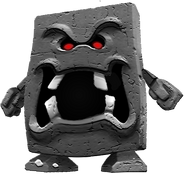 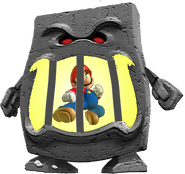 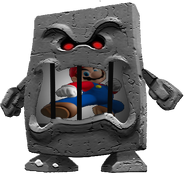 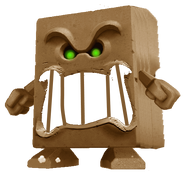