White Bomberman (also known as Bomberman or Shirobon) is the main hero of the Bomberman series. His ability is to throw bombs with incredible power and aim. His rivals are Black Bomberman and Max, and is rumored to be dating Pretty Bomber.

Bomberman is confirmed to be playable in Super Nintendo Legacy. He is the second to last character to be unlocked (before Sonic the Hedgehog), as he is Third Party.

Bomberman is the main character of the game Bomberman: Fire Panic. He is sent to defeat his arch nemesis, Plasma Bomber, who was transformed. This will probably be his biggest adventure.

Bomberman appears as a playable character in Sentimental Bomberman.

Bomberman (here referred to as "Shirobon") is one of the thousands of characters to appear in this 2D action battle royale. In the game his character is of the Saboteur class, which was in fact originally designed with the Bomberman characters in mind. Like the other Bomberman characters featured in the game, he can spend points he has earned by killing other players—normally used to play as tiered characters—to unlock various power-ups in a "tech tree" format listed in a drop-down menu screen. This allows Shirobon to play better by allowing the player to increase his speed, bomb quantity, or radius of explosions; as well as giving him new bomb options or even certain techniques like throwing or kicking laid bombs. 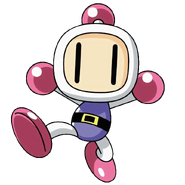 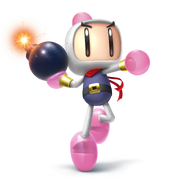 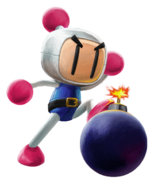 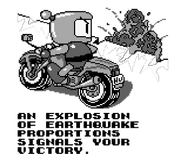 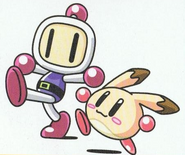