Warp Pipes are terrain objects in the Mario franchise that can transport characters and objects between locations. They are usually green. Warp Pipes were introduced in Super Mario Bros.

Other kinds of Pipes include Pipe Cannons, which launch the character that enters one, and regular Pipes which can't be entered.

Like in any Mario game, Warp Pipes appear in New Super Mario Bros. Omega, along with the Rocket Pipes. 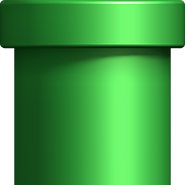 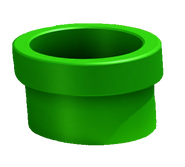 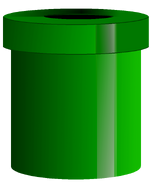