Wario World 2 is a 3D platformer developed by Crash Co. for the Nintendo Switch and Pharo. It is a sequel to the 2003 GameCube game Wario World, as well as the second 3D platformer in the Wario series. This is also the first Wario game to be released since Game & Wario in 2013.

The game opens in Wario's House in Diamond City. He is sitting on his couch, eating heads of garlic while flipping through channels on his TV. However, a news report catches his eye, saying that the lost temple of King Hanzo III has been found, with various treasures inside. Ecstatic, Wario goes to tell his roommate Waluigi, accidentally bumping into him and spilling hot coffee on his overalls. Though angry at first, he forgets it almost immediately when Wario tells him that treasure has been found. Looking to get rich quick, the two run over to the Wario Car and start driving to the temple.

When they arrive, Wario is about to enter before he notices his old rival, Captain Syrup, who apparently also found out about the temple's treasure and is looking to steal it. All three race inside the temple and find themselves in a room filled with treasure. A large, heavy diamond is also seen on a golden pedestal in the middle of the room. Wario, Waluigi, and Syrup all climb the pedestal to reach the diamond first. Desperate, Wario grabs Waluigi and throws him at Syrup, knocking both off of the pedestal. Wario climbs upward and manages to get to the diamond first, holding it up in victory. The room begins shaking however, and the spirit of King Hanzo III awakens from a large golden statue in the back of the room. Enraged that the three have infiltrated his temple to steal his treasure, he unveils a large globe similar to the one used to enter the Shake Dimension, and using his magic, he draws Wario, Waluigi, and Captain Syrup into it, transporting them to a new world.

The three end up in a strange land, and Wario and Syrup recognize it as the Shake Dimension. As the two bicker with each other as they normally do, Waluigi looks around and finds a woman glad in green sitting by herself in the distance. He calls in the other two, getting the woman's attention. Wario recognizes her as Queen Merelda, the ruler of the dimension. Merelda recognizes Wario as well, and is thankful that he came at a time like this. She explains that ever since Wario defeated the Shake King, strange monsters have been wrecking havoc across the land and robbing it of its treasures, eventually forcing her into hiding. Syrup then replies by saying that they're in a situation of their own as well, being in the Shake Dimension with no way of returning thanks to Hanzo. Merelda recognizes this name as one of the Shake Dimension's previous rulers, an evil tyrant that would stop at nothing to hoard all the land's treasures for himself. She assumes that Hanzo's spirit has arisen again, which is why Wario, Waluigi, and Syrup are now here. She also mentions that the only way to escape is to collect the six Shake Pearls, which are now held by the monsters. As such, all four make an alliance to get out of the Shake Dimension and stop Hanzo, as well as take his treasure.

Much like its predecessor, Wario World 2 is a 3D platformer. In any given level, the player's main objectives are to reach the end of the level and collect all of the treasures in each level. The four playable characters all have attacks and moves of their own, allowing them to reach certain areas or defeat enemies. Unlike the first game however, the levels in Wario World 2 have more of an open-world sandbox theme akin to Super Mario Odyssey, with multiple branching pathways leading to various level exits.

In a similar way to Super Mario 3D World, the game puts a heavy emphasis on multiplayer. At any given time, one other character will tag along with the player, either being another player or AI-controlled, and will help them defeat enemies and open new paths. These can also be used to perform special Duo Attacks, where both characters use their combined strengths for a significantly harder attack.

Level progression is similar to Wario Land 3; all levels have more than one exits, usually ranging from three to five. A level can be finished by finding a Shake Diamond, found in a large treasure chest at the end of one path of the level. Throughout the game, Wario and his allies will learn new attacks and abilities, which can be used to find further exits in the levels. In addition, some changes to the levels themselves may occur as the game progresses, opening to more exits.

Wario World 2 is divided into six worlds, each of which have five levels, making for 30 levels total. Certain events can happen in these levels as the player progresses through the game, which can open more pathways and in turn unlock more levels. 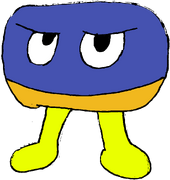 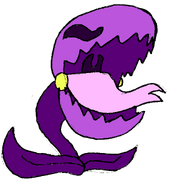 Bloodbite
Add a photo to this gallery 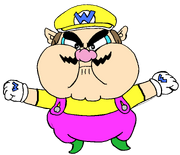 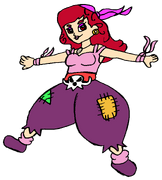 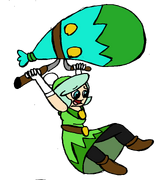 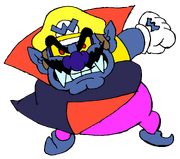 Vampire Merelda
Add a photo to this gallery

Retrieved from "https://fantendo.fandom.com/wiki/Wario_World_2_(Poker)?oldid=3226227"
Community content is available under CC-BY-SA unless otherwise noted.