Waddle Doos are a sub-species of Waddle Dees in the Kirby Series. Their main ability is Beam, which they give to Kirby apon consumption.

Waddle Doo appears in Super Smash Bros. World Domination and is a cheatable character. It is a character who profiles beams and that is its profile. Waddle Doo is a minion of King Dedede and works with Waddle Dee, with lighning powers he can paralyse all of his opponents with quick dash attacks to finish the job.

Nintendo Plays: All Types of Boarding!

Waddle Doo appears playable in Nintendo Plays: All Types Of Boarding! along with Waddle Dee.

He is a protector of Captain Waddle Deo and is thrown off the ship, Halberd at the beginning of the area. He appears at the end of the game at Waddle Dee's service with a broken arm from the fall of the Halberd.

They appear in Kirby Wii U as the only source of the Beam ability. They are found in grassy plains as common enemies.

If you use a Kirby amiibo whilst playing you unlock Mt.Dedede, Waddle Dees appear as enemies. 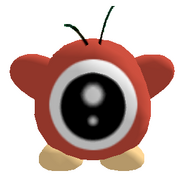 3D Appearance of a Waddle Doo 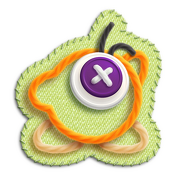 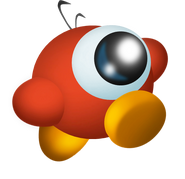 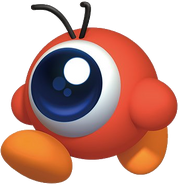 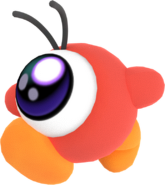