Waddle Dee & The 2Dimensions (foremly Kirby & Waddle Dee Dimesions) is an upcoming 2D and 3D side-scrolling platforming game for the Wii U (2D gameplay) and Nintendo 3DS (3D gameplay) develeoped by BT Studios where Waddle Dee will travel through two dimensions, 2D and 3D, to save the world.

(* means that the character is locked at the start of the game and you must beat Story Mode to play as that character.) 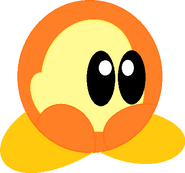 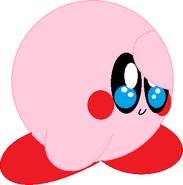 Not much has changed since the last few Kirby games.
Add a photo to this gallery

Retrieved from "https://fantendo.fandom.com/wiki/Waddle_Dee_%26_The_2Dimensions?oldid=2106697"
Community content is available under CC-BY-SA unless otherwise noted.