Vessa is a 3D platformer developed by Pyro Enterprises in the vein of games such as Super Mario Odyssey, Super Mario 64, and A Hat in Time, while taking elements of these titles and refining them into the director's idealized version of a collectathon platformer, with a focus on enjoyable movement tools and rewarding, fulfilling exploration.

The game was a launch title for the company's third console, the Onyx, alongside SHIFT and Crestseeker.

The basic gameplay of Vessa is structured similarly to that of most sandbox Mario titles- the player is dropped in a large 3D environment with a multitude of goals to achieve at any given time, with the player having to navigate across the environment using whatever tools they have at their disposal, be it with the protagonist's natural set of tools or level-specific power-ups or mechanics. Similar to 64 or Sunshine, the levels in Vessa tend to be split up into multiple variants of the same stage, known as Phases, with each Phase sharing basic similarities though offering different alterations to the level, be it aesthetically or in terms of the actual level structure.

Every Phase has one primary overarching goal, which leads to the collection of an Energy Core, the game's main collectible. Once an Energy Core is collected, the next Phase for the level is unlocked, giving players the option to advance forward to the next Phase, remain in their current Phase to explore longer, or return to the game's hub world, Lostways Castle. In addition to Energy Cores, each Phase contains multiple smaller collectibles known as Scrap Metal. While Energy Cores are used to open up access to new levels and progress the game, Scrap Metal is instead used as a currency to purchase Charms, items that can be equipped to the player to modify their skills and customize their playstyle.

As all levels take on a sandbox approach to level design, Warp Points have been scattered across levels as a means of transportation across the levels. While not all Warp Points may be accessible in every Phase initially, all activated Warp Points retroactively become available in past Phases, leading to additional secrets available by backtracking. 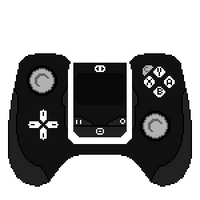 The story begins a junkyard at night time, a small letter flapping through the wind as it lands next to a girl in a dirt-covered sleeping bag. The letter rams her in the head, jolting her awake as she opens it up to reveal the contents.

Dear Trash Child,
We at Lostways Castle hope this letter reaches you within good time. That is, if it ever gets to you. We have an emergency on our hands! Our lord's daughter, Lady Esselia, is suffering from a terrible affliction, and her father is nowhere to be found! We do not know why, but with her last breath before slipping into a coma, she asked for you- the girl from the Scraplands.
Please, come to the castle and help save Esselia!
Oh dear... What a disaster.

A determined look on her face, the girl shoves the letter in her pocket and runs into the night, heading towards a large castle.

Once the girl arrives at the castle, she is greeted by a knight and maid who escort her to a room on the ground floor. Lying on a bed inside was a girl about her age in a beautiful gown, frozen in sleep as a strange metallic growth crept across her body. The knight explained that something had cursed Esselia with a form of magitek virus, and that Lord Hallan had left in order to pursue a cure. However, he had not come back from this venture after several weeks, leaving the castle staff with only one option; a girl that Esselia had mentioned by name, the scrap hunter Vessa.

Vessa, determined to help Esselia, asks the knight what can be done to aid her. The knight explains that Hallan's primary goal was hunting down Energy Cores, relics of the past he believed could be tied to his daughter's condition. Vessa heads out, armed with the knowledge that these cores could save Esselia and cure her illness.

After clearing the Emerald Dragonshrine, Vessa returns to Lostways Castle to find Lord Hallan having returned home, carrying a small satchel of Energy Cores. Initially confused as to who the vagabond child was, he greets Vessa warmly after being told his daughter asked her to assist his work. Hallan states that despite his research and travels, he still lacks any clue on the origin of Esselia's sickness, and his growing concern has lead him to considering other methods of finding a cure. Thanking Vessa for her efforts, he ventures off into the upper levels of the castle, desperate to find a cure somewhere in the world.

After clearing the Opal Dragonshrine, Vessa encounters Lord Hallan once more, who claimed that he had uncovered a cure for his daughter's condition that did not require the Energy Cores at all. The man spoke of the legendary amethyst dragon Pulzar, who would have the power to undo Esselia's illness, and whom Hallan would force and swordpoint to revert it. Vessa expressed interest in following him, but he refused, stating that Pulzar was too dangerous for anybody but him to handle in spite of Vessa's brave efforts in retrieving the Energy Cores. Opening the door to the highest tower of Lostways Castle, Hallan climbed up the stairs in search of the gateway to Pulzar's domain- with Vessa tagging along, determined to help save Esselia.

Making her way up to the top of the tower, Vessa stumbled upon yet another gateway to a Dragonshrine. The pink-purple crystals gave it clearly away as the sealing grounds of Pulzar, the mastermind behind the attack of the dragons many years ago- why would the gateway to it be tucked away inside Lostways Castle? Continuing through the level, she eventually came across Hallan in the shrine which sealed away Pulzar, as his sword shone with light that crumbled away part of the statue... to reveal what looked like a woman with dragon claws and scales. Was this Pulzar all along?

Hallan, his heroic tone of voice changing to a solemn and serious one, demanded to know if Pulzar was behind the sickness inflicting Esselia. The woman replied that she wasn't proud of doing so, but she was in fact the origin of her sickness- she just needed a motivator for Hallan to set her free from her prison. When asked why she went through all this, Pulzar simply started tearing up. The dragon stated that all she wanted to do was see her child one more time, to which Vessa chimed in and asked what was going on. Though Hallan looked horrified, Pulzar explained that she wasn't the scary monster that Hallan had made out to the world; she was actually Hallan's wife, and Esselia was their child. Hallan interjected quickly, stating that the dragons desired the entire land of Lostways for themselves, believing themselves to be angels from on high and superior to all below- it was for the good of the land that he had them sealed away in the Dragonshrines, especially when Pulzar herself revealed her true intentions. Pulzar began tearing up again, saying that she just wanted a happy life with her husband and daughter in a perfect utopia. Glowing with vibrant energy, she burst from her seal and knocked Hallan out cold, channeling purple energy into his body. As Hallan rose zombie-like from the ground and pointed his blade towards Vessa, Pulzar decreed that she would indeed cure Esselia... after she had paid back the land of Lostways for her torment.

Against all odds, Vessa managed to defeat Pulzar and restore Hallan to consciousness. The latter began to recite the magic that would restore Pulzar's seal, but Vessa interrupted him, a determined look on her face. The amethyst dragon staggered away, taking flight with her large wings and vowing to exact revenge on Hallan for his actions. Keeping her promise, however, she snapped her fingers as a great pulse rippled across the shrine- she no longer had any reason to torment the daughter she loved so much. Vessa returned to the castle with Hallan, reaching Esselia's room to see that her infection had vanished, and she had returned to being absolutely fine. The palace staff began celebrating as Hallan and Esselia thanked Vessa for her hard work, stating that any reward she desired would be given to her. Pointing at a nearby knight, Vessa indicated she wished to join the ranks of the Lostways knights; seeing it as a simple action, Hallan knighted her and welcomed the young tinkerer to what would be her new home.

If the player has collected every Mystery Jewel in the game, a secret cutscene is unlocked in which Vessa is seen stringing the jewels together into a necklace. Upon completion, however, the jewels shine brightly and merge into a singular color-changing jewel, which speaks to Vessa through some form of telepathic connection. The jewel congratulates Vessa for her heroism and determination to standing up for what was right, but warns her that a massive threat to the universe was building and that she would be an incredible asset for defending it. Eagerly accepting this task, Vessa grabbed the jewel as the room was engulfed in radiant light...

Retrieved from "https://fantendo.fandom.com/wiki/Vessa?oldid=2950382"
Community content is available under CC-BY-SA unless otherwise noted.