Start a Wiki
“You thought that I would be defeated! I will hunt your whole kingdom down!”
— Usura to Morton


Usura Yoshi was once a light blue Yoshi but lost his appearance in an assault against the Koopa Troop. He was captured and tortured by the Koopas and transformed into a dark black Yoshi. He now helps the Yoshis to defeat the Koopas and their kings. He secretly has his own plans for ruling Yoshi's Island. Later he became a minion of the Dark Render, an evil and dark being who rises across the whole universe making everything happy unhappy.

When he was a young Yoshi, Usura was a great hero. He waged war against the Koopas and their kings. At the last moment when he attempted to strike at Koopa Castle, he was defeated. The Koopas saw him as a threat and captured him, tortured him and transformed him in a dark Yoshi being. When Usura succeeded in breaking free from his cell, Usura didn't want to escape but wanted to see the whole Koopa army being defeated. He later killed Dhuwor Koopa, their prince of that day. However, seeing the prince of the Koopas die was not enough for Usura become a creature of vengeance.

Years later he turned against his own race, assassinated them and betrayed them for his own plans to destroy the Koopa army. The Yoshis, angered by his betrayal, attacked him and imprisoned him. When he was imprisoned he promised the Yoshis to not attack them anymore, wanting to help his race against his own enemy again.

In Yoshi's Island: From the Beginning, he will play a minor antagonist. He first helps the Yoshis but was later captured by Baby Bowser. When he succeeded to escape, he plans to put a bomb in Baby Bowser's castle but failed when the Koopas discovered his plan. When he was in prison again Kamek used a spell to control his mind.

Later he faced the Yoshis, showing his dark powers and tried to destroy them. When the Yoshis defeated him he was taken away by Kamek. Usura was later tied, but when the player Yoshi defeated Baby Bowser himself, Usura freed himself to challenge Morton Sr. in a duel to the death. When Morton Sr. was defeated, his bomb exploded. Usura escaped, but Morton was left behind.

Alignment with the Dark Render

When Usura defeated Morton Sr., he heard a strange voice, a dark whisper in the dark woods. The dark being beloved him immense power to revenge the Koopa army. Usura joined the evil forces to finally finish the Koopa's the evil. Render gave him immense power so he would destroy the enemy who stands in the way. Now an agent of the shadow himself, he stands before on of the mighty leader called Despair. He promised the Dark Render to glory their race.

In Yoshi's Island: From the Beginning, he looked like a black Yoshi with a red belly and purple eyes. When he appears, he looks actually the same as Yoshi, but dark.

Usura as baby yoshi in hands of koopa's 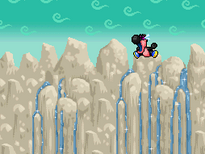 Soul matter watch usura from away 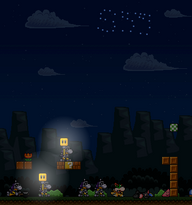 Usura before killing Dhuwor
Add a photo to this gallery
Retrieved from "https://fantendo.fandom.com/wiki/Usura_Yoshi?oldid=3195568"
Community content is available under CC-BY-SA unless otherwise noted.