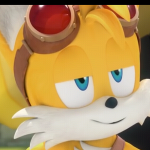 We had a community vote and talk pages were wanted more. Normal users aren't allowed to add message wall back, you would have to ask a sysop. Lumoshi (talk)

These guys are sysops. I probably wouldn't recommend asking because they probably won't change it because of one person, though. Lumoshi (talk)

We had a vote just today . . . I doubt many people will have changed their minds. Lumoshi (talk)

Well, I saw your "New Character" blog and stuff, overall, I think he was pretty cool, I got bored and made this:

It's just how I imagined him as a non-stick person :P

Can I fix your userboxes?

Sure! i need help with them werewoof16

Wanna be a member of the SPFC? We trying to save Pop Fizz from immature pages.

Would you like if your character Basher participate in Plunge in the Past 3 - Fantendo Universe? Sign-up here!

Hey, Werewoof. You want to participate at Fantendo League Baseball with me, Pikabear900 and Locky?

Use all the character that you want, but not those that me, Locky and Pikabear have already chosen

Can you play tomorrow and today at MKW?

Yeah.... I could close an eye this time. For me is okay, but talk about it with Yoshifraga97 too.

Ideas for minigames for Plunge in the Past 4 - Cartoon Chaos?

Actually the sign-up were closed, but okay, that's okay. Sorry if I answer you a little late, I was at school. Remember to sign your messages

Do you want teh magnificent Basherface in dis ossum game?

Okay, I had just commented. Samstation

Thanks a ton, I appreciate it! Lumoshi

I probably can't anytime soon saince this week is pretty much a family reunion :P

Thanks, the reunion is actully doing awesoem becuse one of my cousins is actully close to my age and speaking of SSBB we played it all night till 1:00 in the morning :P

Too bad nintendo cut off the wi-fi for the game, so we cant play against eachother :(

I was asking Dylan if he did commissions, because his KSSU artstyle is good.

I just caught your essay to DoodleFox about why he is a bastard and should grow the fuck up for disliking SM64. Even if you don't like his opinions, don't insult him for it; or anyone, for that matter. --SonicWiki (t∣b∣c)

Hi. do you want to be my friend?

And BTW thank you for complimenting my game.

Have you made a game yet?

We can work one one

Thanks for the birthday wishes and gift yesterday! The picture looks really awesome! :)

Oh, I thought he was mentioning them as characters he owned because he didn't keep very good track of them?

In any case, you can share the ownership of them. I'm not planning anything at moment with them but I would like to use them.

NO ONE HAS A HOPE AGAINST MY DAZZLING BULLWHIPPERY!

That's fine by me!  I got some of the characters down on their own pages.  Keep in mind that the pages are in beta because I don't have everything down (nor finalized).

~ to the pure body to the perfect existence

Hey, is it alright if I could ask for a drawing request in talk page?

Thanks for the request!

Thanks for the request that I sent to your blogpost. I gotta say, I like your art style and the design of it. Thought, his left-hand looks very small, compared to his right hand, but that's just me, haha. Also, about your comment on my Tigzon project, I do some sketches only digitally. I used PaintTool Sai or Manga Studio 5 (for sketching and outlines) and Photoshop (for coloring and shadings). Also, I somtimes uses used the paper/scanning techniques but not always that much.

But neitherless, Thanks for the request :)

I might allow you to draw anyone for GK Wiki if wanted or for fun. What do you think?

Oh wow thanks for the offer man, i'd be over the moon with it :D ill send concepts soon! ¤ IcicleIllusionist ¤

How you would draw these characters...

I was actually curious to see how you would draw these three characters.

Well they're triplets so... there are similarites. But they all have long hair I can tell you that. Can you do it?

Thanks they look adorbale man. But I kinda forgot to add one or a few more details. I meant to say that they're supposed to be humans and their descriptions were in their page, whoops. ^-^""" But I would ask to have them as humans, but I don't want to be a little bugger so take your time. Do it whenever you feel like it.

They look awesome! I'll get to making the line art asap. Could you possibly draw Lycia Storm next? Here's a ref you can use :P.

Oh nice thanks for the character :D. I don't know when I'll get the line-art done as next week I have a lot of mock exams so I really need to focus on those, but thanks nonetheless :D ¤ IcicleIllusionist ¤ 22:57, November 18, 2015 (UTC)

hey! you've been assigned a partner for the secret santa gift exchange. please come on chat and ping me whenever you have the time so i can tell you who youre gifting for. –seacastles

Too bad bitch ass cunt. Go jump off a roof you ugly human being.

Retrieved from "https://fantendo.fandom.com/wiki/User_talk:Werewoof16?oldid=2304903"
Community content is available under CC-BY-SA unless otherwise noted.