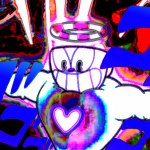 So I asked snicks about some other characters that he owned and he didn't want them, so I decided to take them off his hands and yeah... their mine now. The thing is these people are: Jolly Rancher person, Cookie girl, and girl with magic bells that puts people to sleep. Do you think we can add them into the project somehow?

Alright, when's a good time to see you in chat? I'm not I'm might there when you get there. May I suggest a different chat like Chatzy, Mibbit, or Skype? (I would suggest using https://web.skype.com if you don't want to download Skype on you PC or mobile device)

~The true goddess of cutes (t∣b∣c)

I just remembered about the requests I made a while back. How are those going? If you haven't started yet, don't worry, I am a patient person. You just take your time and get it whenever.

Re: Velvet and Luna

Okay, just take your time. Thanks.

Another character... hooray I guess?

I found another character, but I think we can change her up just by a lot or a tad. Probably?

Yeah, I know. But that was "one" of the designs. We can possibly make her a candy person somehow, like maybe Sweethearts or Marshmellows. We could possibly change her name to something different and change her design a bit.

i'd be very happy if u could draw Liana for me. she has very bright red hair and a nose piercing. she wears a black and red checkered shirt w a leather motorcycling jacket over the top, with black jeans and black converse-like shoes. if you need anymore specific details just message me :). ¤ ICICLE ILLUSIONIST ¤

When do we start

I was wondering when is a good time to actually start on the RPG project?

open up a new layer and then fill in the magic tool selection with a gradient. 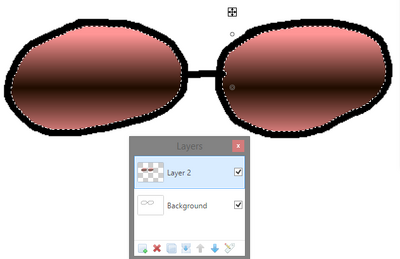 then change the layer properties (under layers in the top toolbar or hit F4) to overlay or play around a bit. 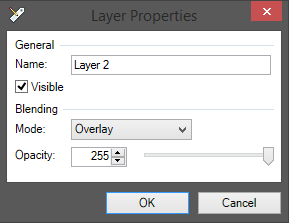 generally that should be it, play around with the mode to get something you like or the gradient itself.

Not being impatient but...

How's are things for Velvet and Luna coming along?

Re: expectancy on arts

Okay, I can't wait to see them!

OMG she's cute in color. Thanks you!

Thank you soo much!

If you have the time, can you draw Epica?

I suddenly remembered about the RPG. When do you think we have the time to ever start working on it?

Alrighty, can't wait to see the drawings and getting started on the thing. Have a nice time in Costa Rica whenever you get there. :)

Thank you, she's beautiful, and the bell was a nice touch; the eyes look just fine btw. Have fun in Costa Rica my friend! :D

I'm doing just fine. ^^  But unfortuately I can't preform either community draw as they're way early and they're specifically scheduled to either late Thursday, Friday, or real early Saturday.  I do wish them the best however and Unipon is already on the community draws list.

It's okay, dude, I'm not angry or sad, I understand.

When do you plan on coming to chat tomor--er today?

What if we had our own Chatzy group? Could your mobile device handle it just fine?

Maui looks amazing, thanks so much :D ¤ SOLARRION ¤ (Talk Page)

Thanks for the new bots

They look amazing! Especially Argentum, who just looks like he accidentally fired off his arm cannon. And Aurum too, who looks like he's trying to be cheerful but... you know him. Thanks again!

you are a god

And I've credited you!

I'm back on chat this time. Ready to do Kandy stuff whenever.

I'm sorry if some of these concepts are short, but for most of them the characters have a theme, and beyond that I'm not too fussed how the character looks, so you can go wild with those. Some have more specific looks though.

Mischa: Mischa is a tall white girl with blonde hair. She wears a long silver dress. She is known for being beautiful and she participates in pagents, so her design should reflect beauty as much as it can.

Illysia: Illysia's outfit is very bland in colours, and she wears heavy clothes to look like a ninja or someone who is very stealthy. She has black hair and blue eyes.

Osias: Osias's design is very basic. He wears a school uniform looking outfit and has glasses with brown hair.

Laurent: Laurent is a wicken, and he wears the traditional cape and hat. He has brown hair too, and resembles that of a stereotypical magician, but he's young.

Freia: Freia's main theme is based around food, so her design needs to resemble that theme.

Saber: Saber's design is based on a Ninja, so he should look mysterious. His main weapon is a shuriken.

Carme: Carme has avery aztec/mayan inspired design, with his main weapon being an Egyptian staff.

Agrona: Agrona has a similar design to Skarlet from Mortal Kombat, and she uses two moderately large knives to attack with.

Bellatrix: Bellatrix is a vampiress, so she needs a dramatic design to compliment that. I found this design which is quite similar to what I intended, but with less sex appeal lol. ([1])

Kaiser: Kaiser's design is based on a weightlifter, so he has pretty large muscles, and he has an outfit similar to some regular gym clothes. He also has ginger hair.

Saizo: Saizo is based off an archer, with a green colour scheme and a hood. He also has green eyes.

Diarmaid: Diarmaid's theme is all related to galaxies and universes, so her outfit should reflect that. She also has dark purple hair.

Poppy: Poppy is actually based on a singer by the same name, so here's an image which may help: (http://the-radical.com/wp-content/uploads/2016/04/balloons2.jpg)

West: Scientist. West's design looks like a traditional scientist, and he attacks using acid based attacks,

Dakota: He has a very tribalist look, with his main weapon being the spirits of previous tribalists who perished previously.

Nyneve: She is the empress of the sea with tanned skin. Her look should resemble the sea, and she uses a trident as her main weapon, which also needs to stay within the theme.

Thanks so much for doing these again, and if you run into any problems just let me know! I hope you have fun creating them :D! ¤ SOLARRION ¤ (Talk Page)

Whoops, I assumed you died so I went to sleep. My bad.  ~ Drebbles (t∣b∣c)

Omg he looks epic thanks so much!! And yeah I'm on holiday rn so I won't be on chat at all for a while, so just send em through talk if that's ok :) thanks again! ¤ SOLARRION ¤ (Talk Page)

it looks really cool! thanks! RTA fan - Assegai Developments: Achieving some sort of destiny since 2113

I'm back at school, so I'm unble to stay up past midnight and stuff. But I'll be avaliable mostly on Friday, Saturday, and Sunday (Until 11:00 PM) now because weekend things. So yeah, I'm just lettin' ya know I can do still do things kinda.

Re: Re: Color Choice

Oh my goodness it's so amazing! Thank you so much!! ? SOLARRION ? (Talk Page)

Hi Woof, I wanted to ask you if I could use Vizro for a Game Idea I have, message me if you want to discuss.

I did a thing

Finally, I have time with paper and pencil. I have whipped up a thing that I must show you. (If you appear by the time I'm done with the last thing on it)

You said "Oooooo". Did you need to tell me something or...? Chat became stupid after you said that so I had to refresh.

Hey Waff, I just wanted to let you know I'm going to completely reboot Hypnotize under a new name sometime in the new year, and I just wanted to know how far you got with the concepts because I'll be changing the roster up a bit, and of course I don't want to cut any characters you may have already started sketching or digital arting. I'm definitely keeping the characters you've already done, too. SOLARRION ¤ [Messages]

Thank you it's such a good present happy holidays-Jai 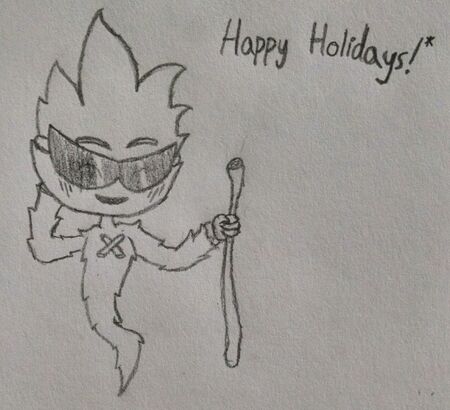 *do messianic jews celebrate hanukkah or christmas? or maybe both? mostly just curious.

(If you've got something you want to say in response, then please leave it on my talk page to make sure I actually see it)
Retrieved from "https://fantendo.fandom.com/wiki/User_talk:WereWaffle?oldid=2263931"
Community content is available under CC-BY-SA unless otherwise noted.