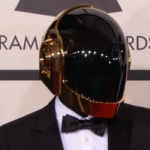 If you'd like to come to a place where we're not completely insane (we don't ban people for "bugging admins"), Fantendo would be quite glad to have you. You can make the same stuff here that you did on Pokefanon, except we aren't nazis.

Your welcome! Also that is not possible my friend XD

No, no it is not possible my friend. For I am Number-1-Pokemon-Fan-Eltario.

I have loved it longer than that my friend :P Also come to Fantendo's chat here. http://unten.b1.jcink.com/index.php?act=javairc. Just create an account on the forums then click "Live chat".

Sorry, I can't. The computer won't let me.

Wikispeed and Eltario aren't getting anybody banned. Empire Ants - Working the machine... Read the Fandemonium 2 premier!

You aren't hated, VS. We all still like you, y'know. I'm sorry if we messed things up by going on Pokemon fanon. Coma White - A pill to make you numb...

Oh hello, VS, or should I say, RedYoshi? Let's face it; RY is actually you, so unless you want to play innocent and claim that you are a different person, you are highly mistaken, because I know who you are, and RedYoshi is actually you, so why not give it a rest and turn yourself in so that everyone can edit PFW in peace? Yours truly, Dialga/Universalguardian1003. 63.245.95.2 19:17, December 8, 2011 (UTC)

Well, VS, both me and Waddel had considered it, but i din't made it official yet, as i still need Spark's permission. 19-2000 - The world is spinnin' too fast

Umm no. Sorry, but the FPL is for the official pokemon games. Besides, if it weren't, I wouldn't have a single pokemon Sparky (Talk)

Would you like to adopt Swift the Groundhog and the Speed Rush series?

eh im not really looking for an apprentice, sorry --Wikispeed

but you could ask someone like halfy or arend --Wikispeed

possibly, i dont know for sure, but you could still ask him --Wikispeed

You have my permission to use Elise. I think it's better than that Eliza idea you had, and she looks like Rosalina!

She used to be. Here's her image:

Oh yeah sorry, he doesn't apply to the tournament rules. I wish I could of included him, I'll prolly make another tourney later in the year with recolours accepted. Like I used to do. Thank you for your understanding, I owe you one buddy.

Here you are, buddy.

Oh yeah, go for it. Sorry for not responding earlier. XP

Hi! I'm debating with myself about this:

It'll be for the 3DS. I think it'll be called 'Darmanitan Slam 3D' or something like that. I'll need some help

If you want it for the 3DS, I can make mine on the DS.

Well, I kinda wanted to make it by myself, but If you want to, then you can.

Oh, and I need to know the release date for D-Slam (the first one.) I also might possibly be able to make a boxart for it.Who wants to eat some chicken? Anyone? Helooo? All right, get those crickets out of here! 02:53, May 16, 2012 (UTC)

Thanks for the icons so much! I'll get started soon, probably either today or tomorrow. Who wants to eat some chicken? Anyone? Helooo? All right, get those crickets out of here! 22:56, May 22, 2012 (UTC)

Hey, it's me again. I just wanted to let you know on a few things:

That's all. I appreciate your help.

Sorry. It had seemed sort of hard to do D-Slam Party, but I can try. I just got this good idea for D-Slam 3D.

If you want you can make something like Darmanitan Slam 3DS.

It's just a thought; you don't have to. (But, I can do the Party one. It would be harder to fit Reuniclus and Leavanny into it.

Oh, barf. I'm gonna do party. Reuniclus would be a boss, and Leavanny being held hostage (once saved, a shopkeeper so the Pan Bros. can be playable.)) The Pokémon Unova region FTW!

In a rather large nutshell, here it is:

Emboar needed a new way to steal the Nanab berries, so he came up with a new plan. He heard of a legend about a substance irresistable to Psychic types, and that it was at a nearby hill. He and Pignite dug up the hill to fine a large swimming pool of that substance. Emboar used it to hypnotize Reuniclus, and ordered him to hypnotize a Leavanny. Then, Pignite commanded Leavanny to go to Darmanitan's hut and grab Darumaka, making Darmanitan angry and chase after Leavanny. Pignite and Emboar would sneak in and grab the Nanab berries.

Later on in the game, Leavanny would be a boss, being controlled by Reuniclus. An area after that, Reuniclus would. After defeating Reuniclus, Emboar would get very angry, and then send in both Excadrill and Pignite to fight Darmanitan, while Emboar ran off with Darumaka and the berries. The next area, you'd fight the last boss Emboar.

Since Darumaka wouldn't be playable, Liligant would take his place. Miltocis would be back.

So there you have it. Do you like my new sig? 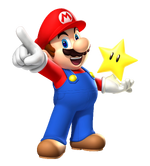 And here's a tweak:

No. :( I'm kind of trying to get it right, and that means getting a plot, writing down all the stuff, etc.

I'm working on the D-Slam Party right now, and it's actually quite easy. :)

OK, I don't know what character should be playable. Miltocis, maybe?

Can you make my dream arts transparent? Here they are:

Tepig's going to be in Party, along with: 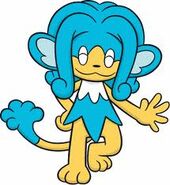 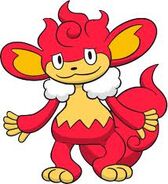 and Simisear.
Add a photo to this gallery
It just doesn't look right being with the white background.

We need to talk

While Darmanitan Slam is good, I need to gives seriousness so it can be better.

By following my advices, your series will be more original! You're not in Pokéfanon anymore, and we need originality in Fantendo.

If you'd like to sign up, send in an "application" through this link and describe your Awesome Column idea.

nah, I was just fixing something

When will you do the game with my series? I am waiting since about a couple of months. Please do 'cause I started to worried that you'll never do it.

What do you think of D-Slam Party so far? I worked very hard on it.

Also, I think you should start working on your meta-form game.

(Oh, and that's my new sig. It shows how much I like TaBooki.)

VS, I think you should have the chance to get a more or less good position on Fantendo. People has criticized you a lot for your artworks, but I think I could help you to improve. I can't make you the best user because, I'm not the best at all, I'm just good. Anyways, I want to help you because, I actually think you situation is quite sad, I'm sorry about your father and I know what the thing of not having friends is. So, I'm ready to give you my help if you want and need it. Alange the Dark

Let me show the face of darkness

VS, I would like you to know that we are always here for you for advice and company over your hard times. Heck, we can always play some tennis game online together! I hope your situation improves.

Fantendo Power August 2012 issue production has begun! Congratulations! You idea, the Awesome Column, is in! Please send in your article through the article send-in form on the Fantendo Power page!

Thanks for being a part of the FP team! Fantendo Power

No idea what are you ganna make for Meta-Form, eh? Let me gives you some idea...

(And yes, you can make new characters)

Everyone... Help! IsmailFeroz (t∣b∣c) needs YOU to help him edit his Night Blood-pages and make them less... Mortal Kombat like. Post here, and post {{helpismail}} on your friends talk! Hurry, there's a deadline. You don't want someone's dream ruined, do you?

I hate to break it to you, but this time it isn't due to my igonrance. You do know that the they were the Fantendo Awards, not the Stelios Awards and it was voted for by the community. 2. I knew I was being mean with that recolour thing, I had a real bias to it back then. But I can't find the time to do another one of those tourneys, but the last original one was to praise 5 years of original Fantendo works. If there is anyway I can make it up to you, you can always contact my in private via chat, Skype (stelios_weegee) or my YouTube channel, thanks and I send my deepest sympathies and a bundle of apologies. Happy new year bud.

man, i still respect you in the most basic form

but i'm just gon' say this;

you're just eating your own shit.

And, no, you're not the feminist you think you are.

I'm not going to get into this-- I've dealt with this too many times over.

Have a nice day.

Uh... congratulations for being a smug little prick, I guess? Sorry, but the "OH IT WAS A SOCIAL EXPERIMENT" thing doesn't work. You're still an asshole, just a different type of one. Eugh.

It doesn't exactly take a genius to figure out that, gee, people will get mad if you insult them and stuff they like. Calgary - It's stormy on the lake.

I can delete the pages for you, but I won't delete the images, the reason being that they could be used in the future but other people who want to make games like that or something. Lumoshi (talk)

Thanks for the tip about the music! Yes, I'm actually quite familiar with the EWQL libraries, and their high-end prices. :P I was wondering because I wanted to know specifically what libraries you had used -- for example, some of the choir parts sound like they're coming from Symphonic Choirs. I've been doing some research for a while on what I should upgrade to (since as of now I've only been using free libaries on top of what comes with Mixcraft 6) if I were to invest in sounds, so when I hear a piece using libraries I'm interested in, I always like to know specifically what editions and things like that. :)

We, the FF2015 Development Team, noticed that you signed up your original series, Darmanitan Slam, for the abandoned project Fantendo Funfair, but have not yet signed up for Fantendo Funfair 2015. We were wondering if we had permission to create an attraction based on your old submission for you, if you would not like to participate in FF2015. If you would not like us to create an attraction for you based on your old submission, that's alright. Just let us know on TechBreloom's talk page whether or not we have permission to create this attraction for you by August 16, 2015; if you do not reply by then, we will assume we do not have permission to create this attraction. You still have time to sign up if you were unaware about the new project; just leave your submission here! Thank you.

Yours truly, the FF2015 Development Team

Remember that I will make a platforming Pokémon game as a tribute to your series, Darmanitan Slam and Jam? Well, now I made the page of it; Meloetta and the Island Saviors. I hope you are happy with it, as you are touched by the fact that I said I will make a Pokémon game as a tribute of Darmanitan Slam as I already mentionned.

Retrieved from "https://fantendo.fandom.com/wiki/User_talk:VictoryStar?oldid=2123129"
Community content is available under CC-BY-SA unless otherwise noted.