Archives: 1.
Welcome! Leave a message if you wanna talk to me or need any help, remember to sign posts!

Of course! :) Also wb if I didn't already say that.

Sure, that'll be great if you can! Also I haven't been on #fantendo that much lately cause I hang out on Skype a lot, but I may go back their again. 50pxMerry Christmas!

Fantendo Funfair, the community project. Is there any art of your chars that I can use?

Thanks. I'm using one char per person though, so I'll use Osaka's Elise art since I don't have Swapnote set up (you'd think I would after having a 3DS for over a year :P)

Sure. You can do that.

Oh, I forgot about that! I protected it when I left for about a month, to prevent vandalization. I guess since I can still edit it I never noticed that it was still protected! Thanks for telling me! It must look pretty weird to have a non-editable guestbook section. :P

Can I appear in Yatastuck?

Hi Elise, one of your chars (Haterman) is in Faker of Fantendo. Since I need to write a lot of episodes with this character, I'd like it if you could give me a really good and detailed description about his personality, like happy, outgoing, etc, but don't just say "happy" but tell me when and why he'd be happy, etc. Other things I need to know regarding the personality:

Also, in case you're the faker (which you know wether you are it or not), just answer the questions in the test like you're thinking someone else is the faker. I'm putting this part on everyone's talk page too because otherwise one could simply see who's the faker by checking their talk page.

1)Did the Faker get to his or her destination in the dropping-task?

2)Did the Faker open his or her smaller envelope in the dropping-task?

3)How many words did the Faker remember in the river-task?

4)In which team was the Faker in the river-task?

5)At which place did the Faker get into the destination house in the dropping-task?

6)How much money did the Faker make in the river-task?

7)Has the Faker used his or her money after opening the extra envelope with ¥2000 in the dropping-task?

8)What is the Faker’s eye colour?

9)What is the Faker’s hair colour?

10)How many money did the Faker make during the dropping-task?

11)What is the Faker’s primary clothing?

12)Did the Faker help or get help from other candidates in the dropping-task?

13)Has the Faker made money in the previous two tasks?

14)What kind of words did the Faker give to the cord-people?

Could you please respond as quick as possible, because I need to make the execution soon before I can write episode 2.

School got let out early cuz of snow. :3

Can you go to chat? :P User:Heartphilia/Sig8

Sure! I'll go in a bit since I'm real busy right now

School's been delayed for two hours due to storms. Go to chat! User:Heartphilia/Sig9

So... You're this Elise person I have been hearing so much about. I am truly interested in how the next few weeks work out between you and fellow fantendians. J.

So you're Elise. Nice to meet you. J.

I'm an ex banned member on a new IP :P + I know most main members through Skype and other things :) nothing bad has been said ^^ quite the opposite :)

Poliskanin, Still (who I know IRL), sprak and a few others (who I'm not sure are even on fantendo xD). Yep, it expired in January. Thought I would come back as a new guy tho :)

Unfortunately, I don't have Wi-Fi at the moment... so I can't add you back until I get connection. You can have me there until I get some connection though, if you want. Again, thanks for adding me! :D

Hey Elise, I will make a fan fiction about a TV Show (Crossover that is) and I will be appreciated if you added a hero and a villain. I might except Haterman and others, but please uses Bearded Smiley and Uilee Tea, it's a long time I didn't see them on recent games/fan fictions/whatever! Samtendo09 (talk) 14:18, March 16, 2013 (UTC)

Hey! So, I guess this is the part where I tell you we're all beginning to get worried about you and miss you and are very much hoping you're alright. So, uh, yeah. All that. Sorry to bother you but its different without you and, yeah. Here's a Wickeldorf. 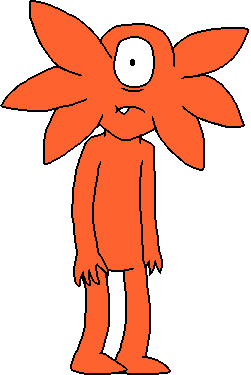 I sort of did it correctly there? I dunno'. Haha. OK, I'm gonna shut up now. Miss you.

HOW LONG WILL I BE BANNED

blugh I can't anymore as class is almost over

...I'm not sure what needs to be changed?

Why did you delete the 3-Up picture I posted?

Why did you delete the 3-Up picture I posted?

Um uh........Do you consider me a friend?  I added you on my friends list for being nice and actually acting like a human being.  Some of the people here are like ANIMALS.  For example, Slender-eye Y used to be nearly an animal, Imac got banned for being one and.....Whatever.  You never swear (as in saying offensive language) or anything bad.  It's all good.Bob the Blob (talk) 21:59, January 30, 2014 (UTC)

Right now I'd much rather leave Fandro in a lava pit other than listen to HIS warning.  I don't like Fandro much here.  Only in real life.  I wasn't being inappropiate, I was only somewhat being a jerk.  He should mind his own business, and leave it to the admins.  If I get blocked, I can figure out something.  I already got the SAME warning from Marina, and I gave her my answer.  When I said normal users are smarter than admins/chat mods, I wasn't saying they were dumb, only saying that I think we average-day users are smarter.  I have a base that'll save my life anyhow, amd it's this:http://potatogaming.wikia.com/wiki/PotatoGaming_Wiki

Im requesting you undelete my page Nintendo World Rally because Im away for some weeks as im busy in other sites in the past for Angry Birds Fanon wiki and Roblox even my quarterly tests in 4th quarter..I cant do the page on those days as im busy on my studies and others.but now,I should improve it.

Could you give Sotosbros a warning or something because he is editing other people's articles without them officially being abandoned (I gave an exception to one IP-created page), even after I left him a message on his talk page, and he keeps undoing my rollbacks. I would appreciate if you did because this guy has been very annoying in the past, as well. Lumoshi (talk)

Stop banning me from IRC

Listen, I am sick and tired of you constantly banning me from IRC and I am autistic with Low Functioning Autism. I didn't mean to excessively talk too much and I was pissed off and that's unfucking fair to me.  I want to come back to the IRC and never ban me again. I find people banning me and warning me to be unfair to someone with autism. Pwwnd123 (t∣b∣c)

How can i be a chat moderator.

Lumogo Need talk something to me?

Hi, I'm one of the "old administrators" from the Adventures of White wiki.  You already know me (I'm Fandro :P).  Can you mod White and I on here please when you happen to be on there with either one of us?  It would be very appreciated.

White made a new chat that he has control over.  I guess the previous version is your city then. :P

Retrieved from "https://fantendo.fandom.com/wiki/User_talk:Toukolise?oldid=1367788"
Community content is available under CC-BY-SA unless otherwise noted.