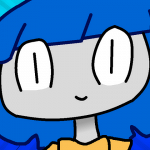 aka The One Who Has a Bad Time

Hello, and welcome to my talk! Go here and here for my archives.

Chat invatation from Bob the Blob

Actually I renamed myself to Indigo Fusionbolt but whatever

Ok so look I have to head off and can't leave my computer on so I've edited Neo Darkloria but I assume you know that if you don't like what I've put down you can always revert it to an earlier state. Serperion555 (talk) 12:28, August 17, 2014 (UTC)

P.S. im sitting in chat with MMC's dead body pls join me and we can discuss

OK IM BACK ON CHAT GET IN HERE

Hi! I remembered you mentioned on my blog post that you were a fan of my series. Well, I'll be happy to inform you I'm actually re-creating the project on Fantendo. And my latest blog post covers a little bit of what I'm striving for! :) IshyRose (talk) 06:32, August 30, 2014 (UTC)

nvm ill be on later

WE CAN DO THE EPISODE ANYTIME NOW

Hi there! I noticed you were on the held spots for Round 3 of the roster challenge, and I'd just like to let you know that we will be continuing the game over here! I suggest that if you are still interested in participating that you sign up on the thread, as it'll most likely start up soon.

I have no idea why, but the chat never works on the Wii U. And it's almost bedtime for me anyway, 'cause I have to wake up at 5:30 to catch my bus for high school.

However, we can meet in IR/Mibbit while it's still possible. http://client00.chat.mibbit.com/?server=mibbit.darkmyst.org&channel=%23fantendo

hey, spark and i want to have a war rn if you're able to get on the server --jasper

Just a reminder to post your roster to the roster elimination thread before Wednesday at 6:00 PM EST. Thank you! EdGeorgenCody (talk) 00:41, October 1, 2014 (UTC)

im not sure what you said before but im thankful for the support, thank you

I pretty much deleted King's Legion again, because we're doing nothing but making it a rip off. Yeah, I know we could have taken time to improve, but patience doesn't run in the blood around here I guess.

RE: The King's Legion

sorry for giving you absolutely nothing about the project today, ive been throwing up everything like i have forced bulimia or somthing :(

Anyways if the previous project idea doesnt work, i have somewhat of an idea for an open world, amazing mirror esque Mega Man game, if youre into Mega Man make sure to give me your opinion :P

When should we start

Tips and Questions about The Subspace series

Hey, you're making the Subspace series and I want to give you some tips and questions

-"What platforms are the games on?"

-Make some game-infoboxes onto the games

-"When do the games come out?"

Thanks if you do these, they will help the series

go on the chaat

Im sorry this is really long

Anyways i've been really wanting to do a collab with you for awhile so i actully had the idea for an arcade fighting game. Hopefully this makes sense because im not great with writing style.

Basiclly everyday each machine will randomly pick a roster of eight characters from the dozens and dozens of characters programmed in the game, as goes for the stage selection, which consists of twelve stages everytime. Players can get these blank information cards which they can insert in a special slot and battle any character on the roster.

If they win against the character than that character gets uploaded to the card so they can be played on any machine without the player having to wait till that character shows up again. If they lose than the card is uploaded with a program that makes it essensily useless, also there are special markers attached to each machine so the player can write the name of the character so they don't forget or something.

Anyways battling as a captured character will earn that character an ingame currency that can be used to buy other moves, palette swaps, items and summons. Items unlike in smash don't randomly appear but can be dropped from the sky by using a button input, four items per character can be equipped. Each character also can be equipped with one summon which is like an assist trophy. Also theres the basic modes such as battle, multiplayer, classic and the shop if the player has a card inserted

Although i dont exactly know what the objective and healthbar will be or any of the battle mechanics yet, but we could make it like the territory idea you had

Also did i mention this is a baby waffle :P

The cards were partly inspired by the specail passports in pokken tornemnet, even though thier purpose is unkown

i heard u were making a thing called the cookie clan

i was wondering if i could join, y'know, just because im never in these sorts of thingsys. i know its focused around cookies.. and im eating cookies right now so yeh..

When you gonna write back this episode? Template:LogoPlus/Sig

wanna play buildoff with me and random? if so join the server :P

Came up with a design and 6 color schemes; basically tell me the one you want or the parts of the six you want.

Nega Ella 6
Add a photo to this gallery

When are the other users involved with Fantendo Drop Distance allowed to start working on their own episodes?

Coolz. Just saying, even with the deciding of main and secondary characters, you can still do a Frienship is Magic and have episodes revolving around the secondary characters. It would make sense, considering that I'm guessing everyone would want to write at least one episode.

Is Fantendo Drop Distance still a thing? I'll be happy to take over for you.

can you come on chat? you might be sick of hearing this but its about mewshi

i really, really need your votes for osirisvision. this is the last call for votes. i wont randomize votes because that's unfair, for the reasons i already pointed out in the past. if you want to be lazy and basically ruin the game for everybody else, then that's up to you.
eve ♥✿★

Hey, whenever you get the chance, can you come to chat? I need to talk to you about something

Do I have your permission to use Kiya in Fantendo Smash Bros. Strike?

Not to be a bother, I just want to make sure you see this, since I asked a while ago and haven't gotten a reply.

Don't worry, we will get to talk much bc I'm staying on this wiki haha. That's why I didn't post the blog here, since the information on it doesn't affect here and I've always been the true me here :P. ¤ IcicleIllusionist ¤ 09:15, August 18, 2015 (UTC) 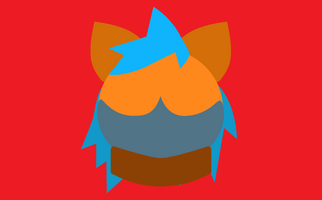 Hey there, Drak! I'd go into better explanation and all, but put simply, congratulations, your in The Fantendo Games! Thanks to the efforts of you and four other dorks I have to get to, you managed to form Team Zerita! Your gonna want to quickly comment on the thread since you will want to keep track of the thread for events. In case you don't know where it is, just click riiiiight here. Thanks for everything, Drak, and I'll see you at the games!

Hey, I want to talk to you, Doodle, and Exo about plans for the Vicinity Saga on the Lapis Chatroom.

When you have time, could you send an PNG photo (File:Maka Albarn.png) in the Heroes Wiki? I'd do it on my own, but my iPad doesn't download photos. Sorry. BTW, here's the link for the Heroes Wiki: hero.wikia.com.

Hey Dark, I don't really have any plans for Victory, and I can't seem to draw him at all. So I was wondering if you'd wanna take him off my hands and use him for what you want. I'm likely not gonna use him in anything, and work on my other characters.

I want to make a game to some character that has potential to him, a racing game starring a speedy koopa with both old and new friends (Also can i use your characters please?) - Collaterale1 (talk) 18:14, December 7, 2015 (UTC)

Retrieved from "https://fantendo.fandom.com/wiki/User_talk:SuperSonicDarkness?oldid=1911519"
Community content is available under CC-BY-SA unless otherwise noted.