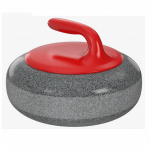 REMEMBER TO SIGN ANY TIMES YOU SEND MY A MESSAGE

Do not leave messages in these archives

Why would I do something of the chat?

they all forgot about me again

Can't play Wii U today but if you're in holydays next week then it'll be possible, xoxo ^^

Mine start on friday

Excuse me, but can I edit your Wilkins Coffee page on your Muppets Wiki User-page? Thanks.

I just remembered about that cartoon, what's the episode where it's said "population : 100 nuts and a squirrel",

Retrieved from "https://fantendo.fandom.com/wiki/User_talk:SamStation?oldid=2741390"
Community content is available under CC-BY-SA unless otherwise noted.