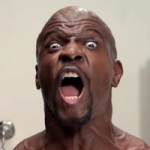 heyy, I kinda messed up your votes so I kinda need you to help me out fixing them. you've been dead lately so I decided it was best to message you. you're probably on vacation right now so you shouldn't really worry about this since there's no way you're getting disqualified since this is my fault. whenever you have time please come to chat so you can give your votes to me once again, also im really really sorry about this and hopefully it wont happen ever again

Of course you can, you can use who you want from Dark Woods (don't think there is much to work with concerning my other series (except Pixel as she has no games). DarKingdomHearts (talk) 19:26, November 1, 2015 (UTC)

Imma, one punch you in the face. IN THE FACE!!! XD

Your logo is completed! I tried to make a vertical version of the normal Tayshaun and Amy logo, but I could only find the exact font for Tayshaun. "& Amy" isn't at its best as I hoped it would, but otherwise I hope you like it!

Can I have permission

to use glitchy Amy for Umbrella Waffle ~AgentMuffin:)

Hey, I just wanted to let you know something about MemoryMan3. Ban him. MemoryMan3 used to be a part of Smashboards, but he got banned due to excessive flaming on character support threads that weren't Daisy, linking porn/hentai on Smashboards, and other things such as blaming his little sister for his actions. On top of that, he's also gone to GameFAQs and spams about Daisy, and has also been seen on Reddit spaming about Daisy. In addition to that he also tried to contact me on my personal Twitter account to get Smashboards account unbanned. He's nothing but trouble. Ban him ASAP! Azure Warrior can back up these claims. Thanks. I'm a kid with an afro... what else did you expect? (talk) 18:51, April 2, 2016 (UTC)

here ya go sorry for the wait, I really tried to replicate exo's interpetations, and your drawings of your other characters so ere ya go pal :)

The other admins need your opinion on selecting a new batch of chat mods. See this blog for more information. You can vote on skype or send one of us a pm. 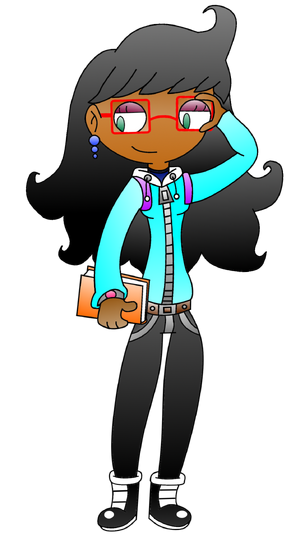 You are not at liberty to take away my right to edit my own talkpage when I am blocked. What you did was highly unethical/borderline abusive and I noticed that you specifically edited my block just so you could do that. I let it fly this once, because I didn't want to start even more fights, but you should know this. It's one thing to punish someone with a block for doing wrong and another to arrogantly and despotically flaunt your power around by taking away their right to edit their talk. There was no reason to do that, except to be a dick. Think about this for a second, won't ya, chief? Shogun12 (talk) 01:42, December 17, 2016 (UTC)

Request to make a custom class

Since you seem skilled at writing, would you be willing to write for a potential weekly newspaper- or magazine- type joint project I'm planning?

Hello. This is a reminder that you will, by the end of this week, need to post your votes for Fantendovision. If you're confused on how to vote, then simply look at how the other users have voted so far-- assign a song to 10, 8, 6, 5, 4, 3, 2, and 1 points based on how much you liked them (better songs receive more points). Four songs will get zero points. Thanks, and have fun listening!

Can you write the pages for the guest characters in world tour ps I am making a game idea similar to this Ryan sinbela (talk) 00:12, May 8, 2018 (UTC)

Hey! My name is Atvelonis, and I'm the Fandom Wiki Manager for Fantendo as well as an admin on Elder Scrolls. I'm here to help you and the wider community with whatever you need, and act as a liaison between you and Fandom Staff. If you ever have any questions or issues related to the wiki, its features (editing, templates, bots, etc.), or whatever else, feel free to reach out to me on my talk page or on Discord (Atvelonis#9495) and I can help out! —Atvelonis (talk) 21:03, May 2, 2019 (UTC)

Retrieved from "https://fantendo.fandom.com/wiki/User_talk:RTA_fan?oldid=2952618"
Community content is available under CC-BY-SA unless otherwise noted.