lol, idiots XD I guess they've never heard of such a thing as "having friends" :P

They aren't enemies, they're just trolls.

Merry Christmas to you too.

Played them at my mates house on his PS2 and PS3.

I am, I only play PS3 and PS2 rarely at my mates house, I never play any Xboxs.

ooh, nice idea, we will discuss this if you reply on chat. rhinestoneeyes Here we go again...!

no offence but wario is on the boxart of mario kart blazing wheels when he's not even a playable character.

Can you put Indigo Guy in the resources page? It would improve many fantendo characters!

If your still on, go on Skype.

um, how do you put images in templates.

Go on msn at like 8 tomorrow morning your time. I'll be on then. Its 3 in the afternoon for me.

Hey, this is very late, but if you still need a game designer for your company I would happily do that. Also, please help me out with the new show! I can't do it alone.

I was about to say hi on msn then you went off? What the?

Hey I'm on msn now if you wanna go on.

If ur online can u go on msn please.

In the REAL WORLD, as the internet went down.

It's urgent, please go on msn.

Did you get my email? If not, it's now obvious I sent you an email, so check it please.

Mogwai, did you get my email?

Same, same, I saw you were online so can you go on msn please?

Sorry about that, I was on then I had to do something. Can you go on msn now please?

Hey, I just sent you an important email, so please check your emails.

can you please help me create super mario ultra blast because you are basically my only friend on fantendo and how do i grant people axcess to it??

Would You Like To Be Part Of My About-To-Come-Out Galactic Journey Co.?

Hey thanks for putting that game on the HAWX Touch. was nice of ya.

Mogwai this is LThomson. When u get this go on msn Plz

Cannot, I am at my friends on Soulcalibur, cannot be back at 8-ish. Who is on chat?

are you a good 3D artist? if not can u tell me some people (apart from sonicwiki) that are? if yes, can u 3Dify theese pokemon?

I can't deal with this new name, I'm ue to Mogwai. I've been use to it for 2 years now.

John, as soon as you can, I would like to talk on Steam, please. Alange the Dark

Let me show the face of darkness

I've been there for ages now and your not! D:

And this is what I got: http://tvtropes.org/pmwiki/pmwiki.php/Main/Fanon

glad we were able to get that sorted out

I bet it's a Swedish park. Have fun!

You just left a message for me that makes no sense. Could you explain it? 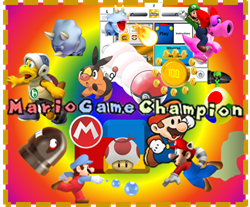 I'm gladyou like my metal art! I use Microsof PowerPoint 2010. In picture tools saturate all the color and then "Plastic Wrap" it with picture effects.

I'm responding through talk page because my computer won't le me comment.

The series looks decent enough, but could you explain what the name means to me. I need a reasonable explination for my parents.

I was wondering, how do you make those images metallic like you did with the character Yoshiro? They look awesome.

Would Photoshop create a WORM on my computer if I download it? Because one time I got one of these when I downloaded an Adobe program, but I don't remember that program being Photoshop.

Hello, hey, I can ask when you will start your HoO (Heroes of Orquedia) game?

Just stopping by to say: Polis, you are pro! Keep up the good work.

hey Polis since you have GTA4 on Steam, what are the serial and unlock codes? thanks

Why am I doing this?

Is that userbox with my username suppose to be an insult?

I'm just wondering if your one userbox about me is suppose to be an insult mainly. I see that you used a troll face. What's the reason why you represent me as a troll face? I don't even remember doing anything to you. If this is meant as an insult then ok, but I'm not going to insult you. BTW I feel like I need to give you credit so your name will be in the credits pretty soon. I'll be honest by saying that I got some of the songs I added to some of the radio stations on my Grand Theft Auto VI so you definitely deserve credit. That's the only thing that I could think of that made you represent me with a troll face. Anyways that's it that I have to tell you. I was just a little concerned about this & I wish you luck on your future edits etc. & this is truly it for this response. S0UND3FX69 (talk) 09:05, February 15, 2014 (UTC)

My laptop broke, remember? I haven't been on Skype for ages and I'm using my Dad's computer and it doesn't have Skype. You can talk to me on WikiChat, Mibbit and on the Fantendo Minecraft server, so you can still talk to me around here and stuff.

Huh, oh yeah, sure I'll see if I can make it, also Polis my computer with Skype on it broke so I probably wont be on Skype until Christmas-ish. And come on WikiChat more!! |:P 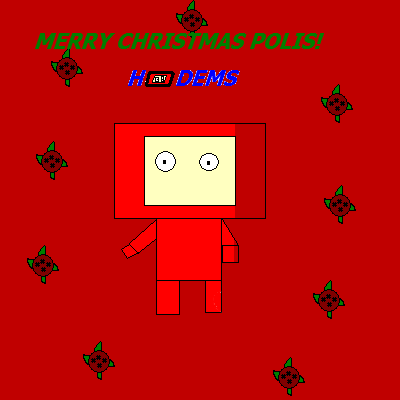 she's referring to the playlist, just saying this upon her request

The sweetest cupcake, with chocolate flavor deep inside. Kill him to receive the deliciousness.

Crimson the Fandraxonian:
would this break fantendo rules - polis he told me to ask some other people if it did

Exotoro:
uh what do you plan doing with it
polis

Crimson the Fandraxonian:
i think he's going to place it on one of his pages
with the mature template

Exotoro:
eh we have lapis wiki for that if it was just like "he stood there with his hands cupping over his balls, the only coverage his naked body had" and had a mature template he'd be okay

Exotoro:
but since that image will show up in places like recent wiki activity, file searches, and images...
yeah, it'd be kind of hard to allow that

Crimson the Fandraxonian:
true; that is better suited for a wiki like lapis
thank you for your feedback on this

that's what happened on fantendo chat; so while it wouldn't break any rules, it's not exactly a good idea as it'll show up in searches like exo said. i recommend using the lapis wiki for this kind of thing

Hey, could I use your characters in Fantendo Crossing?

Hi there! I was given your Hood'ems series in the exchange. I was wondering if there is any extra information I should know for the game? I'll also link you to it once I've created the page which should be soon. Thanks!

Hood'ems Fortress I'll work on it more during the week! :p

Depends on what canon it's in. New canon = no go. old canon = sure, you technically had the rights.

Retrieved from "https://fantendo.fandom.com/wiki/User_talk:PolisKanin/Talk_2?oldid=3012729"
Community content is available under CC-BY-SA unless otherwise noted.