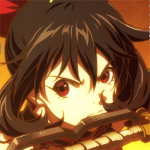 Why don't you put any characters of Persona 3 and 4 like (Junpei, Koromaru, Ken, Yukari, Marie, Margaret and Sho Minazuki

Do you know those gauges used for the characters' stats in your Sonic & All-Stars Racing Golden game? Well I got captivated by the way you made them. So, is there some other gauges available in the form of a bar? Where you'd have to write out a number and it will automatically show the quantity of the gauge and i was wondering if there are some similar other ones?

Items from Silent Stars of the Arcane

Can I use the items from Super Mario RPG: Silent Stars of the Arcane (the mushrooms, silent stars) in Super Speedstar RPG?

Can you change Akira Kurusu to Ren Amamiya in Persona 5: Arena. Because Persona 5 the Animation and Persona: Dancing Star Night

Koopa Link is the greatest (worst) thing I ever did on Fantendo. Thank you for acknowledging it. Polis

hey, do you mind if i use the special traits thing from jake's smash bros in my smash game?

Heyo Jake. Just writing to apologize for being so brash earlier on the unpopular opinion blog. I respect you not liking The Loud House -- it's just that for some reason your reply came off as "your opinion is wrong" and that's why I felt bad. But I could have just said that instead of posting the sudden harsh comment that I posted.

I enjoy The Loud House because I think it's a nice change from some of the darker, more plot-focused toons we have today, like Steven Universe and Rick and Morty. It just feels more "human" if that makes sense. That being said, I can see why you're not interested in it. I definitely want to try and be better at discussing why I like things in the future though, so I felt the need to write this up.

Once again, I apologize, and I hope this kind of explains how I feel about situations like that.

I'm the toughest of terrors, I am the darkest of days

Well thank you. I'm glad we could meet in the middle and realize we have a common weakness. I'd love to talk to you more often TBH, you're a pretty rad guy. (I also made a new sig kinda sorta relating to the situation so here it is lol)

The real you is the perfect you.

I think you said you wanted someone to let you know if the Roster Evolution closed and a new one opened up? Well some stuff went down with Andrew's and Locky opened up a new one: [1]

As you may know, we had a chatbot that could send messages to other users. The message would be delivered whenever the target user next posted, given that the bot was online.

I sent you such a message, joking that you'd never get it.

As you may also know, the bot no longer exists. Ergo, I just had a realization:

You are on wikichat so infrequently that you literally won't ever get that message.

Hopefully you find this as funny as I do.
—
AgentMuffin

I don't remember, it was probably just something self-referential
—
AgentMuffin

The logs are all still up, who knows /shrug
—
AgentMuffin

Hi, there's a bit of an issue with the Yokai Watch series symbol you gave me. It's not showing up properly. Is there anything I could do to fix it? Edit: Thanks man!

Hey, did u use to know a user named Thibo1102? Cuz I think he mentioned you at one point in like 2016 when we were still active on the same wikis.

Jake, you're remind me of the ultimate editor.

I saw your Super Smash Bros. Victory page from your Sandbox, and you said Ryu was one of the cut third party characters, but he's still at the end of the table. Just letting you know, so you can fix that.

This guy has been banned once and warned many times as far as I can tell, next time he does it (he probably will) I'll tell inc or sonic again

oh yeah sure dude, no problem with that ~

is it okay if i use some JSSB costumes for DSSB later down the line? rn i only got one for Takamaru i'm using but just in case i need to use more i wanna get ur permission first

I'm not a sockpuppet. FANDOM would've globally blocked my account by now if I was. As long as the admins know that I'm not one, that's all that matters :)

I don't have a current signature at the moment (talk)

I'm starting a new project and I would like your permission to take inspiration from your Ultimate Character Template,

Coral0excess: Thank you! But I just want your permission I already made a Template :) I just wanted to not make you feel like I was stealing from you if you want to see Template:HTTWtest , also I see you are a Sonic Fan maybe we have some ideas for my project don't hesitate ^^

Thank you! I am not used to use Sandbox but it was pretty easy to do lol... You can delete the Template :)

Hi, it's Hoola, sry I accidentally stole you're palette swaps of Zoroark. I didn't realize they were yours. I'm removing them know.

Hello! It’s Hoola, I was wondering what kind of table do you think I should use for my fighters Moveset in my new smash bros. I don’t know how to make my own.

I was just giving Blockmaster some ideas. Once he sees them, he might edit his page. I just used it because he abandoned it and I wanted to give him some ideasTokoyami no Nietzsche (talk) 19:13, January 16, 2019 (UTC)

Mind if I use your image of queen peepa in my games, I’ll also suggest Fanken to use it an average smash bros? I’ll credit

i had no idea you commented on my sandbox's talk page since i pretty much went to the depths of inactivity lmao but the font of these icons:

is Raider Crusader, or something along these titles (unfortunately i lost the template though :( )

Hello, Mirai Moon! I just wanted to know how you make alternate costumes/recolors for characters. I see you've done it before with Jake's Super Smash Bros., and I want to know what kind of tool or service you use to create recolors. I'm trying to make alternate costumes for my Super Smash 'Mon project but I can't find any good websites/programs, so it would be a great help to tell me what you use. Thank you and have a nice day! TheWikiOddish (talk) 17:18, July 17, 2019 (UTC)

Opinion on my smash bros page

since its been a while since you have seen my page i'm assuming what do you think about it now, i have more ideas, character and to be announced content to keep followers hyped.

so what do you think of redwing's super smash bros now.

Hey just wanted to inform you that Jake's Marvel vs. Capcom has been sysop approved but in the process I managed to ruin the code for the table. I don't know what happened and I'm sorry about it, and I figured I'd just let you know.

I don't normally ask for help with alternate costumes since I've done almost all of them myself, but I'm not really good with making alts for 2D images with a black outline, and since Jake's Super Smash Bros. has a bunch of alts for Pokémon with 2D renders among other things, I was hoping you could help out.

I need a set of 14 alts (not including their default colors) for Klump & Krusha (posting the image to use like this so I don't have it showing up on wiki activity), who I'm planning to add sometime after I finish a couple other characters. You're basically free to do them however you want, though all I request is one of the alts have Klump be based on Kaptain Skurvy and Krusha based on the gray Krushas from the last level of Donkey Kong Country, with black scales and red camouflage. They also won't be added for awhile, so you aren't pressed for time either.

Respond to my talk page if you get this message.

Thank you, your contributions will be credited at the bottom of the alternate costumes subpage.

This is very good, thanks. Just keep doing things like that and it should be good.

And yeah, this is an enlarged version of a real small jpg, but what you made is satisfactory.

They look great, thanks. Again, you will be credited on the alts page when I add them.

Your recent username change has created quite a few double redirects. I've fixed a lot of them before the cache cleared today, and I can do most of the rest later, but I figured it wouldn't hurt to ask if you're able to help with them. It's fine if not.

The main wrinkle here is that some of the items are blogs, which, due to the funky content moderator permissions, I'll otherwise have to ask a full admin to edit.
—
AgentMuffin

Thank you very much, I'll ask an admin to handle the blogs then
—
AgentMuffin

Never mind, got it I pushed the wrong button (This is literally my signature)

Retrieved from "https://fantendo.fandom.com/wiki/User_talk:OrchidSomnium?oldid=3122115"
Community content is available under CC-BY-SA unless otherwise noted.