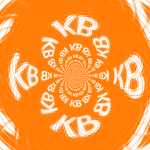 A literal week before this edit, on July 28th, it was pointed out to me by another user that this very section of code might've been in violation of the thing. I spoke to this wiki's Wiki Manager Atvelonis about it on Discord, and after checking, he said that the changes were allowable. (The CSS didn't alter the color of the Fandom logo or how ads displayed, which he said were the two main things that weren't allowed. It didn't even alter the positioning of anything; it was just some small changes to the colors of the icons on the right side and the search bar, plus some fixes to the Sign Out button to make it look Not As Awful As It Does Now.) Since he's supposed to be our liason with Fandom or something like that, I figured that was the end of that.

I'm not upset about the CSS being removed in and of itself. You said yourself in your edit summary that I can just toss it into my personal CSS and enjoy my pretty colors to my heart's content. What bothers me is that its removal means that there was literally no point in me asking Atvelonis if it was okay, or him checking if it was okay. Because of this out-of-the-blue ruling, I've wasted his time and effort, and to a significantly lesser extent my own. What was the point in me even checking if the ruling would be completely contradicted a mere eight days later? The fact that I'm only noticing it two weeks after the fact isn't helping my mood either...

Basically, I just want to know more about the circumstances behind your edit. Did Fandom change its mind? Did the criteria become more strict during that week, to the point where the changes were in violation? Or were you just not aware of that previous discussion?

(If you've got something you want to say in response, then please leave it on my talk page to make sure I actually see it)
Retrieved from "https://fantendo.fandom.com/wiki/User_talk:Kirkburn?oldid=3030858"
Community content is available under CC-BY-SA unless otherwise noted.