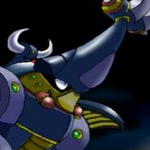 Hello! Please either make a section or use your section.

IP and stupid me section

Hey bro, I have a question. I have seen the Mega Studios navigation template, then I noticed something very familiar. Oh yeah:

So here's goes my question: You used the code of my template to create yours?

I know there's many other templates like that, but, I'm just curious. :P

Hey bro, I was looking into the comments of the Let's a go, Mario article, and you said that are going to be a demo, just asking, how the demo is going?

Hey, do you have any character? If you do, do you want add him/her to FSBE?

Hey, which version of Gamer Maker 8 you use? the Lite or the Pro version??

Merry Christmas to You!

Hey, Kirbymariomega, I will be writing a adventure fan-fic featuring my friends, so, I have a few questions about you in my story:

Also, I will not creating artwork (or maybe...) of the characters in my fanfic. Please reply.

Hey, I created a sig for you:

If you liked, go to the preferences and put this on the custom signature box {{SUBST:User:Kirbymariomega/sig}} If you want change anything click here.

Hey, if you don't mind, do you can put a Let's a GoM Mario description of my characters pages?

Can you add Vivian in Let's a go Mario?

Hey, how you create the sprites of Lets-a-go Mario??

Merry Christmas to You!

I'm the Knight of the wind

Do you want me to make a 3d version of the let's a-go mario box?

Hey, what happened to you?

I have a favour to ask you, can you please make a sprite for Corrupted Glacella and Winter Glacella? their apearance is below btw if you don't want to make them thats fine too :)

Winter Glacella
Add a photo to this gallery

I noticed you doing pages for SMB2 enemies and stuff. Is it okay if I'll help you with this??

Hey, I heard that you were making Let's-a-go Mario in Game Maker. Is that true? Because I was thinking about making a game in game Maker, but I don't know how.

I made something for you. I'll make it transparent later. :3

Hey man, you've played a lot of Mega Man, right? If you have, which game (Mega Man 1-4, Mega Man X) do you think is best? I've been thinking about trying some Mega Man, and I thought this would be a great opportunity since those five games were just released on the Wii U Virtual Console.

can you vote on this blog its a battle to the death between the mario brother and the kongs.

Just some artwork that I made for our Kirby game.

Names for our new Kirby game:

That is always true. I was thinking of having Keeby's abilities and mixes different than Kirby's. For example cutter could act as sword and for stone Keeby whould slam a stone in front of him. I was also thinking of trying to change the considered weak mixes like Ice+Fire ect. Oh snd heres my opinion on the abilities. Or how about SOME of Keeby and Kirby's mixes being different and some the same.

So wadda you think of the abilities?

You are right. And I changed it!

You should go to chat sometime! (Here is another link, just in case the previous one didn't work.) I think it'd be cool to get to know you, and I'm sure everyone else agrees; you seem like a fun guy!

Now that I am finished with my Justice: Apocalypse project, I am going to send invitations out for users to give it a final & complete review. You're one of them! Try to contain your excitement User:IsmailFeroz/sig5

Hey KMM, is it ok if i use your sprites from Lets-a-go, Mario? if not that's fine, and also can you make a sprite of Mortisha Koopa please? again, if not that's fine too, you're a really great spriter keep up the good work ;)

A lot of them have been stubs long enough. I'm just trying to help out by getting rid of some of the trash here. And how is mass stubbing easier, it takes the same amount of time. Lumoshi

And if we use the delete template and put "expand" as the reason, people will know that it needs to be expanded or be deleted, as most of them have been stubs for a long time. I find it easier to do. Lumoshi

So yeah, thanks again! ~

Kirbymariomega, why do you keep adding notes to my articles? You don't get them.

And I'm not all nutty.

Can I help you with Kirby's Return To Dreamland U? I have some good Ideas for bosses and levels.

thank you and i do another based on your 'kirby's form'

If you're gonna come on someone's ask blog and criticize their art style,why do you even bother commenting.

New Super Roserade Bros is MY fanon game, i can do anything i want with it, there is nothing wrong with it.

Hey kirbymariomega! what program did you use to make Bubba's adventure? ~Edinemir95

KMM thanks for telling me! im using it right now! but i need help! how did you make Bubba Move?

when ever i try  to play my game  i can't move please tell me by derections like 1. bla bla bla john.doe@example.org or you can do that with pictures and did you play the tutorial game? it was fun anyways how did you make the room anyways how do you make Bubba move or the enemies and thank you ~Edinemir95

Why did you say I stink!? Why!? Y'know what I hate you I hope you kept a reciect!

There is a Pokemon wiki made by my friend, Robopackers. I was wondering if ya wanna join.

How to find it:

i haven't saw you work on that game in years.

Yeah it's gonna be in a hub format, not much work can be done on it yet on account of how nigh-all levels are still being organized but if you want to start working on part of it you can. And the blog thing sounds great too so yeah. -Arale

I have Something for U.

I have 2 enemies you could use for Lets-a-go, Mario. Both of them have pictures.

why of course you can use it, id be happy if you used him without my permission, i might edit thier attacks or what they do beacuse being a noob i wrote down "icez enemy shootz icez" and dont want it to be that generic-plazzap

sigs are hard to do on tablets

Use them if you want, I don't mind ;) after all you used lavora at one point so why not the others from nsmbo

Can I work on your Kirby's Dreamland Wii U article?

Do you remember my old SSBPwnage characters with songs blog?

Remember how you didn't like my choices for Cooking Mama, Yarn Kirby, and ZSS?

Well, I changed two of them.

I didn't change Yarn Kirby's song because I have no idea what to use for him, maybe you could request one 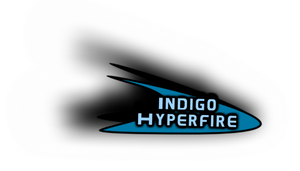 Some facts about me, that make you wrong

Re:Some facts about me, that make you wrong

Remove two of my created articles

I was wondering if you can remove two of the articles i added on this wiki Infiltration Ops and Los Titanes Rematar, because i decided to keep them my own. 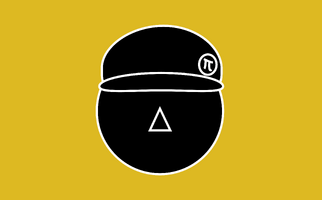 Greetings, fellow Fantendian! I believe your name is Kam? You-and four others whom I will speak with-have not only joined the major event, The Fantendo Games, but you have joined your numbers to equal Team 3.14! You can count on me providing the thread right here, so you can keep track of it for future events. With that said, I wish you good luck! Win or lose, we will still have victory pie afterwards! Now go fight for your team, Kam!

I made you an alternate version of the UNiPON logo, using Flower Unipon, Aqua Unipon, and the Normal one. Tell me what you think even if it's just photoshopped shit 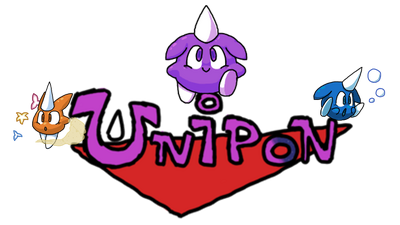 OK, I was really bored XD 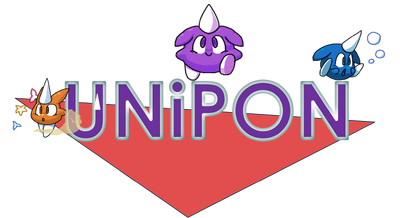 Hi, could you please delete the old comments from MPA? (Except for the last one I made)

I had already asked Arend to, but some other admin put them back...

P.S. Do you remember Topaz the Dark Bear? It's me with a different account (this one) because I had already changed my username once in that account.

Yo, when are you gonna do your roster? You and Yendo are the only ones we're waiting on, and you have been active today.

Heyo, in case you didn't know you aren't out in the roster Evo, it was a non-elimination round. So you should try and get your roster in soon (unless you do know and you're just experiencing technical difficulties). ~Fuzzy

also, i love u k bye

ps: this section is trademarked by me now

i'll use this in future dates

congrats on the 365 day badge! i wish i had this many free time but even if i did i wouldn't have enough motivation for it, since i'm lazy as heck. good work.

also you do realize that you officially have no life now, right?

VOTE FOR THE WINNER OF RICK'S ROSTER GAME YA DINGUS

First off, congrats on winning! Your designs were great. Now, since we already have a shield user in Riot Man, would it be okay if I alter Volt Bubble's function a bit? Basically, I just want it to fire the electric bubble that splits into sparks. Is that okay? Also, would it be okay if Lightning Arrow had an arc? I just feel like it would ass to the weapon, I dunno. Regardless, your ideas are good! Api 17:20, May 30, 2016 (UTC)

Hey man, haven't had a chance to thank you for inspiring me to create Tam-Tom, but I wanted to repay you in some way and I noticed the Unipon Logo for your game hasn't been updated like the rest of the art so I though I'd create a new Logo for you, it's effectively just an update version of the old one although I changed the Letter Colours so they match Unipon itself more closely. 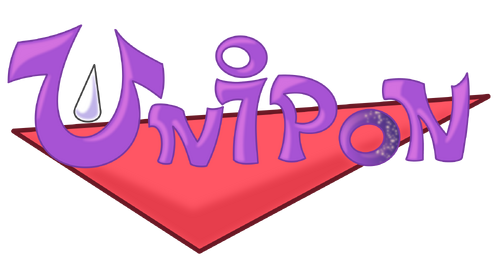 Hello im potato. Im new here and have some difficulty with code (although i have at school.) could you please tell me how to center a text? Thank you.

Retrieved from "https://fantendo.fandom.com/wiki/User_talk:Kirbymariomega?oldid=2250196"
Community content is available under CC-BY-SA unless otherwise noted.