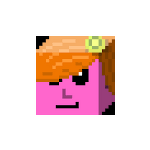 You can be my guest to use any of my characters as well as Recto.

k i will do it

Thanx for the pic! But Luigi is also just a Mario recolor. He's just a lttle taller and green.

Gary Guy  not my character

Eh. I used to look at this wiki before I had an account.

Retrieved from "https://fantendo.fandom.com/wiki/User_talk:Ghosto?oldid=1020181"
Community content is available under CC-BY-SA unless otherwise noted.