Alright Erictom.  The roster of Super Smash Bros X is not finished.  There are more veterans to be revealed.  Don't force me to bring everyone back.  Realize that the whole roster is not revealed.  Stop and leave me alone.

Re: On your opinions

I… like to think I have reasons behind my opinions? Bit of an odd way to put that, but I guess I'll humor it, and try to keep it relatively short.

I guess one reason to dislike the Switch is that it seems so universally beloved, despite widely accepted flaws such as Online, that expressing negativity about it apparently leads to talkpage confrontation ahem

To me, the major differences between the Wii U and Switch are portability and branding. I believe Nintendo could've fixed the Wii U's marketing early on; instead, they waited years to release a similar console distinguished by a portability feature that the Wii U should've had in the first place. As a Wii U owner, I feel swindled.

Further, most of Nintendo's in-house Switch software feels like Wii U ports and Labo. I'm not repurchasing these games just to replay them on a more popular console, and I dislike that there's no loyalty discount for these ports, despite Wii U sales apparently being insubstantial enough to justify plentiful full-price rereleases. 2012 launch title New Super Mario Bros. U has a $60 MSRP on Switch. Everything is $60.

I choose Nintendo for new first-party games, but little has interested me thus far for various reasons. Super Mario Odyssey suffers from a bloated reward system with fanfare for hundreds of trivial collectibles, at the expense of the tight linear platforming I love the series for. ARMS, Kirby Star Allies, Mario Tennis Aces, Labo, etc. were criticized for underwhelming content and post-launch updates not addressing the lacking areas.

Online multiplayer games are paywalled behind the Online service, which was delayed for no reason, doesn't provide servers, and cut potentially the greatest Virtual Console yet for an unwanted dripfeed of lame NES games.

I'm impressed by recent reveals such as Super Mario Maker 2, Luigi's Mansion 3, and Animal Crossing: New Horizons, and desperately await more like them. It's been over 2 years since launch, and little has caught my interest until now. I desperately want to love the Switch, but I need better reason not to regret my purchase.

Hey. You still need to submit your round 2 roster for krex's game.

Please stop pestering users about adding stuff to their games when they don't want to.

Hello, I'm typing here because for some reason the wiki isn't allowing me to post a comment. So, I post here to ask if submitted characters need to have art before they're submitted? Somebody495 (talk) 05:22, January 3, 2020 (UTC)

Go ahead man, add it near the bottom

Sorry, I have recently established new plans for the characters and do not wish to give anything away. Heronimbus (t∣b∣c)

Hey how's it goin. Here's that item art you requested:

I was mostly inspired by Splatoon for the Goo Grenade. I was originally designing it after a normal grenade, but wanted to do something different.

For the Zaxinian Cuisine, I decided to draw the Kyrois Lasagna, Cheddar Chow, Longknife Fries and Black Wine (though I'm pretty sure your game has more). I did have to make a few interpretations, and I decided to only draw 10 chips per stack in the Cheddar Chow, but I'd say I did okay. 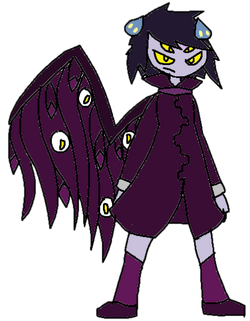 Here's what I could come up with. As I said the description for her design was a bit vague, but I came up with this. If there are any changes you want me to make just ask me.

A bit confused on their gender. It says in the infobox they are female, but everywhere else it says they are male. I just wanna make sure. Thanks!

Here's what I could come up with. 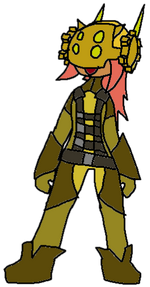 The short answer is that almost everything about the Zaxinian Lifts was terribly written and there's not a lot of stuff I'm comfortable bringing back in any shape or form. I took it all down to make room for COLD BLOOD, a choice that I've not regretted even though I resetted completely from the ground up. All you need to know about the old ZL projects is that they were wildly inconsistent and the character development was nowhere as strong.

You don't need any information about the Zaxinian Lifts, it is something that's been considerably irrelevant to (or at least poorly integrated into) the New Fantendoverse and all the information you could need about my things is already on the wiki. For stages, borrow what's present in COLD BLOOD already.

Please understand that I will not budge.

If you really want me to, I can bring back Adrenaline Rush in its original form as a subpage. In fact, I'll just do that now. But you must understand that I'm not going to do the same for the Zaxinian Lifts.

While Super Smash Bros. Ultimate x TimeStrike is replaced, it's not completely gone, you can gather everything you need from this revision.

If it is any compromise, I can look through what I've deleted and pick out stage concepts to adapt into COLD❄BLOOD stages, so you can use them later.

FANDOM isn't a good place to create pages that you don't want edited.

That's not my call

Fandro is no longer my character. Please ask Navy, who manages his permissions.

By the way, I should mention you're unlikely to receive permissions from the following users, and you should remove their characters accordingly since they will not respond:

Check user contributions before you ask people for their characters. If they appear to be inactive, chances are they won't respond, so it's best to remove their characters from the project overall.

RE: On Fandro as a spirit

I honestly don't know what to say in regards to these two games since a lot of content is made by people who are no longer really active in the community or may not want their characters used. It's unfortunate, but you might be better off skipping these games- that said, Vega from Conatus is my character so you have permission to use them. VALKYRIEPYRA

Very flattered to have my characters on your game Erictom but please stop adding templates on my pages, that's not cool especially if you don't ask me first.

I am very sorry but I can't allow you that, if you insist and put this infobox again I will have to notice the admin :/

Yes, I would be happy to help you a bit. Here is the symbol (sorry it's black on black here...): 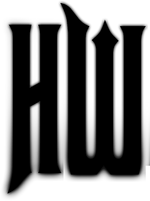 For the moveset well I have some ideas for you but first you have to explain me what means NS, SS and all of that :)

-- Ok so most of them are fighter so you can use move with fighting words, (I don't know what VA and EA means...)

I will let you create the VA and EA I think you have enough information now to create them ;)

Re: On the Community Draw

It really depends on the character, you'd need to show me the character you had in mind, also in future please sign your messages. Shadow Inferno (talk) 09:21, May 22, 2020 (UTC)

going to be entirely honest i just dont have a ton of moves made for kotomo yet so feel free to go more unique with a moveset :> VALKYRIEPYRA

Yo sorry for not adding Super Smash Bros. Combat to Graviteen's appearances list, I didn't forget that he was in the game but I forgot to include that bit before I published the page. My apologies. Gold-sans mobile (talk)

Hey is it okay if you make an infobox for my game, Godzilla: Destroy All Monsters Ultimate? I only need it for the characters, since I'm making individual pages for each other them. Thanks in advance!

I completely blanked on the Series Swap thing after what went down around that time, and when I remembered it I had kinda lost interest, but I never got around to dropping out. I'm really sorry, but I don't have anything to show. I'm afraid I won't be able to participate in this. Again, sorry.

Have you considered getting discord? It would help you better integrate with the community and communicate with others easier

Your Smash Sandbox is the cause of the art Smash Everything got edit blocked! Why would you create a page for oc only?! 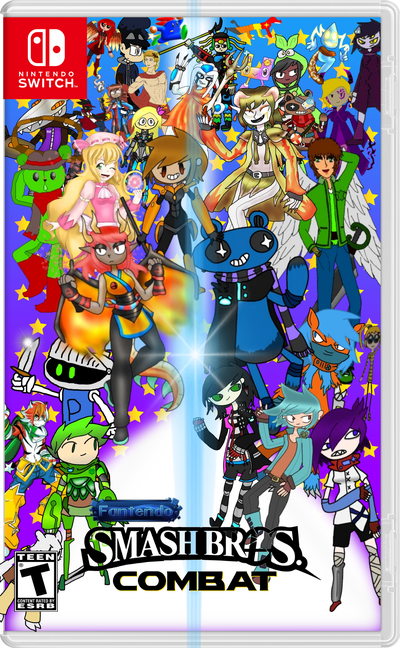 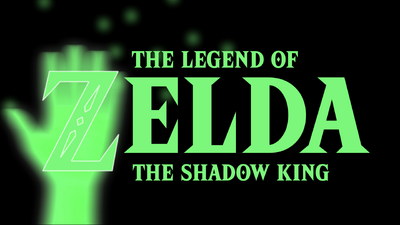 Retrieved from "https://fantendo.fandom.com/wiki/User_talk:Erictom333?oldid=3270488"
Community content is available under CC-BY-SA unless otherwise noted.