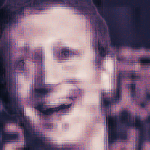 He was banned from chat before but kept acting the same and despite everyone on chat explaining how he was flaming, he kept doubling down. I might lower his expiration date but he had plenty of people warning him in chat despite never getting an official warning, including chat mods and sysops.

He was banned by pyro via chat ban. He was unbanned later; it should be in chat ban logs. Maybe a wiki ban is too much but it was clear that he did not care for the rules he was asked to follow.

Thanks for talking some sense into that oaf of an admin. I dunno who "she" thinks she is, but last I checked, abusive admins get voted on and removed from power by the community. I guess this community is ok with abuse. Pathetic. Shogun12 (talk) 16:53, December 5, 2016 (UTC)

What else but condescension does an abusive admin deserve? It's  good to see that at least one person is willing to stand up to an abusive admin, but sadly, those in power seem to prefer it being that way, from what I've seen at least. Oh well. Just another dump of a wiki, run by abusive admins, it seems. What's new? Shogun12 (talk) 01:57, December 6, 2016 (UTC)

The Quest for the Crystal of Plot Importance

Hey, this is just a heads-up to let you know that I've finished my entry for the contest.

Retrieved from "https://fantendo.fandom.com/wiki/User_talk:Electric_Version?oldid=2249525"
Community content is available under CC-BY-SA unless otherwise noted.