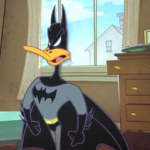 This is my talk page.

Just sign with your message so I know who to reply.

Listen, I'm not a huge control freak when it comes to that. I know how it feels to want to rant about someone without them possibly knowing about it. Which is probably why you shouldn't have done it on Fantendo chat.

It's really not that hard to use the right pronouns when referring to a woman. I don't know why this is a challenge for you or why you gave up, but it really isn't helping your image.

On your image: this is why nobody "fanboys" all over your stuff. You don't attempt to improve it based off other people's comments, you're very slow when it comes to working on character articles and there's usually a key part of the characters that is hidden away as a mystery but there's literally no reason to keep it a secret. Many of your characters have the same personality except with different quirks that don't really change much. DinoSapien likes meat and that's really the only thing that makes him different from Kent (formerly Jason). Many of your characters also have a lot of high power abilities that makes them look overpowered.

You have to take criticism and use it. It just seems like you actively ignore a lot of criticism at your works and never get what about it people don't like. If someone praises your work while another criticizes it, it doesn't mean that the person criticizing it is wrong and they should still be looked at.

I'm telling you this because on chat last night:

Darth Phazon
Plus, it also bothers me that when he announces stuff, other users fanboy, but when I announce something, I don't even get a cricket's chirp.
11:13
.etherealknight
she*
11:13
Darth Phazon
Whatever; I gave up on Exo's gender a long time ago.

I don't have an ounce of control over people "fanboying" over my stuff, but I do enjoy it for the most part. Should you change everything about yourself? No, but I think that if you look at stuff that people have been saying about your stuff you will find a ground to start working off to make yourself likable.

pablo wants to challenge you on pokemon showdown

hey, since i now indentify as female could you just change the name from Jared to Ambrosia? thanx

Can I use Jason Lennon in Vicinity

WAKE ME UP! (Wake me up inside)

That sounds fun, I'm in.

That's fair, I don't want to battle with HMs stuck to my Pokémon anyway

I'll allow you to, though… 13 days seems like a lot. I'd advise against doing it, but I'm not going to stop you.

Knock yourself out, man!

I finished the art.

Retrieved from "https://fantendo.fandom.com/wiki/User_talk:Darth_Phazon?oldid=3172450"
Community content is available under CC-BY-SA unless otherwise noted.