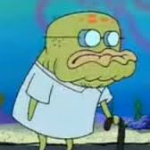 Sure! I'd love to help you make a Smash Game!

Real quick, a couple of things I want to ask you about this game:

I think we should also add Ike & Ganondorf & Snake.

But what should we do for stages?

I think those would be fine, but we shouldn't have too many returning stages.

Shadow, Bowser Jr., and Absol. And maybe Pac-Man and Kamek too.

Boom Boom & Pom Pom seem kinda weak to me. I see Boom Boom as more of a Stage Boss, and Pom Pom not being in as all. Bowser Jr., I think, would be a really cool newcomer. In fact, I really baddly want him to be in SSB4, and thinking about putting him in mine. Gasparo, I wont let you put him in until I'm at least half way through the Gasparo Game I'm making.

Yes. There acctually is (FYI, Pom Pom would be cool, but she still wouldn't be on my list). Cranky Kong & Mona I don't see happening. I can't think of any attacks for any of them. But since they are on your list, I'm sure you could come up with attacks for them. Ghirahim's really the only Zelda newcomer on your list (and mine) that seems cool to me. Why do we need so many Pokemon Trainers? If it were for more then one version, I'd say that have one Pokemon Trainer, then give him/her diffrent Pokemon for the Versions. Ridley would be a cool character, but I don't know about any of the characters from F-Zero, Fire Emblem, Star Fox, Earthbound, or Animal Crossing, as I have never played a game from any of those series.

I'll send you a list of all the newcomers I think will be in later, as I am busy right now. You should get them by Monday Noon at the latest, and later today around 6: 30 at the earliest.

For the Mii, you could use the same attacks from mine. Also, Alphbeta is going to be in a movie I'm making, so you can wait until then to add it in, if you want him to be in. It'll take a while. For Metal Mario, if we think through it, I'm pretty sure we could think of an original moveset for it. His down attack could be Ground Pound, and his Over Attack could be Metal Clone, where he speeds through the opponent, and gains there over move for a set time. See, I'm already doing it.

I think we should start working on Stages. I think these stages should be in:

Tell me your thoughts.

I'm going to start making the character roster. The original 12 and the ones returning from Melee to Brawl. Once I'm done with that, let's start working on the other characters.

I've never forgotten it! Just, I've been going out allot lately with my family and friends, go to the pool way to often, and have some other things on my plate. But quick question: have I proved Metal Mario as an original enough character for our smash game?

A responce for your request

How about you can use me, Mjd, Rich, and have Shiny Fennekin as DLC?

Want to make something together? :P  I know plenty about:

If you want to collab call me.

Which do you want to do? :P

Overdoses of :P for the world :P

I know nothing about Sinnoh really, I'm not good at making new generations, so I guess a spin off game will work.  There's so many untaken ideas for that so I'm happy.  Pink Gold Peach confirmed for Pokemon #722

I was thinking about it, then I realized.

We'd have a lot of canon characters, then whoever the unknown beast turns out to be.

But would it really fit in to have a fan character?

I think I should remove Matthew, and scrap the idea for putting in my character, in my opinion.

*Ding*! You have been invited to join a company!

You have received an invite to join

! Please write your response on my talk page.

You! Yeah, you, <insert name here>! I got your attention? Good. Nothing.

You told me that I was shipped with Ethan Rumowski, but neither of us appeared on the shipping list!

Why did you lie!?

I HAVE BEEN PROMOTED TO CRAT

ON THE MCDONALDS FANON WIKI. LINK TO MY USERPAGE: SEE THAT I AM ADMIN LINK TO BUTT BURGER: TASTE THE MILEY CYRUS BURGER

For ideas on Newcomers, I think we should have someone from the Fossil Fighters Series, along with Dixxie/K. Rool, Ridley (Shrunken Down), A Koopaling (Bowser Jr, Larry, or Ludwig), and maybe have Yoshi switch out with Yoshi & Baby (Yoshi having a Baby Ride on his Back). Thoughts?

I was thinking about it and maybe sometime we can make a Mother game?  Idk if it's really the smartest idea but we both know quite a lot on the Mother series. have you ever read the amazing Earthbound comic on starmen.net?

Do you want to go onto the chat and discuss stuff?

I made a sequel to Crimson el Roserade, you may kill me

Are you doing Assist Trophy-like stuff in it? If so, I'll do some for you.

LOVE ME DAMN IT

make a sequel to fandro x roserade when you have time

A crimson rose from the heavens...

You started a trend

you should pop on chat more often

And all that glitters is gold...and only shooting stars break the mold...

hint: they have made at least 1 edit

come on chat and pm me what your email is, i want to give you something more than an image i photoshopped in ten minutes

idk this was really random

in general can you stop shipping me and doh excessively, you got me to the point where i feel really uncomfortable.

eh, id rather not tbh... he's free to use though. idr if that was already established dehydration's grasp

Can I use you in my fan fic as a character?  Respond via my talk page or in chat. 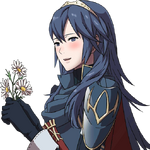 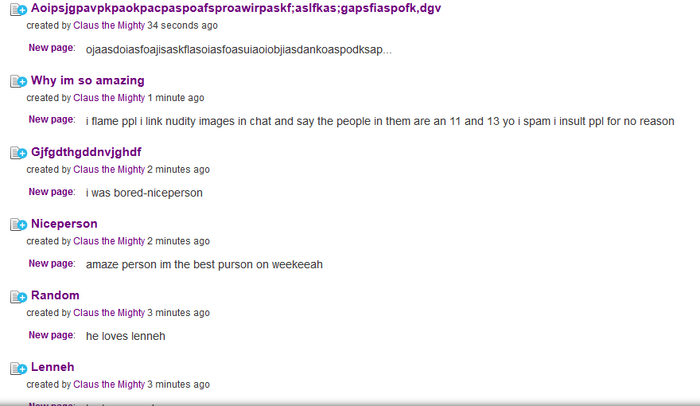 yo, what the fuck?

i get back from church and you, tommy, randomfrog & more are doing this shit?

because it violates this rule: "Do not bring drama to or from other communities."

by spamming that wiki, you have brought drama into it.

Add me to your Wii U

My Nintendo ID is MegamanX20100. The brackets are about to be made for this weekend's Smash tourney.

get on minecraft nerd

git on our noo streeeeem

Heyo! Would you like to participate in the first All-Stars round of the Super Smash Bros. Roster Evolution? I've tallied up the points and you've been selected to either compete or be a reserve / voter! The results can be found here. Please contact me back so I know how many spots are filled and if I need to add more peeps! Thanks!

Retrieved from "https://fantendo.fandom.com/wiki/User_talk:Claus_the_Mighty?oldid=1998392"
Community content is available under CC-BY-SA unless otherwise noted.