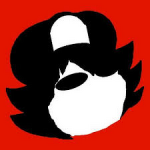 thanks, i appreciate it!

Ya might wanna submit your moveset soon, or you'll be disqualified tomorrow. I don't want to seem to rushy for my own purposes, but others are getting impatient.

You just left a message on anony's wall, anony is Skoores, who already joined fwi

May I ask why your profile pic is Flamberge about to puke? Skoores (talk) 01:51, June 4, 2019 (UTC) I cut it out from a lewd image of Francisca that I found on a random Twitter thread. I'm going to use said for a Kirby Star Allies review (which has yet to release), and of course I'm going to censor the image, because...it's lewd.

Re:the age of tabuu guy would like a word with you

I'd like to preface this by saying that the tone of this message isn't meant to be "unbridled hostility." If you want constructive criticism, I'll see what I can do. If you want an agreement of mutual benefit, I'll gladly offer one. But first, I gotta address the claim that your page isn't plagiarized...

Okay, maybe it doesn't fit exactly with the conventional definition of plagiarism, but it's still derivative to an unacceptable degree. Just because you're honest about the inspirations, doesn't mean copying large swathes of other people's work is suddenly an okay thing to do.

I'm not sure I understand how you'd expect people to be offering you constructive criticism for something written by Joss Whedon... If that's what you want, though, then here's a bit of advice from me: Maybe don't completely copy Age of Ultron. Instead, just use the plot as a framework, and focus on writing completely new dialogue. Stuff that's true to the personalities and skillsets of the Nintendo characters you're introducing to the Avengers story. Something on a much grander scale than just reworking a line here or there to be about Pit's oh-so-notorious inability to read. That, I think, would be an acceptable balance between the new and the old. Hell, if you strike that balance well enough, it'd actually be pretty impressive...

With that in mind, here's an offer for you: I'll downgrade Age of Tabuu's Transcript from an Immediate Rewrite to a regular old Rewrite. That's fourteen days to work on it instead of a meager one. In its current heavily-copy-and-pasted state, it just isn't acceptable, regardless of whether it's "plagiarism" or just plain "derivative." I'll also add Rewrite Requests to the transcripts for Light of Infinity and Requiem, since those two also suffer from issues with heavily copied content. (I kinda didn't notice them 'til now tbh, hence why they didn't have any until now...) If one of those pages displays a sufficient amount of original content by the time those two weeks are up, all those Rewrite Requests get snapped, and your pages remain on Fantendo. You wouldn't even have to have finished rewriting it by the two weeks' end. All that'd matter is that effort is made to make something much more original than what's already there. That, I think, is something we could both benefit from.

If I don't get a "yeah okay go for it" or some other response before tomorrow, around the time you originally published the page and sent me your original message... I'm sorry, but all three probably will end up getting deleted. So, uh... yeah.

Sorry for the late response, but to clarify what I meant last time, since it seems you kinda misinterpreted: I was recommending completely rewriting the dialogue from scratch, not tweaking a few pieces of dialogue here and there. In its current state, it still qualifies as plagiarism.

Between the "sandbox", "time goes by", and multiple blogs where you just uploaded images, you seem to think blogs are weird, tertiary-level pages that don't have standards. While many blogs are short and may not reach the standard of we set for pages, it's still important for them to have an actual topic.

I'm gonna need to know your time zone ASAP so I can tell you your giftee in the Wikia chat room. If you wish to drop out, just tell me.

EDIT: I'll let you know in advance, actually. your giftee will be Redwinggamer95

oh your giftee is who you'll be giving a gift, just remember

Please watch your language with this sort of thing, this is not only against the rules but also tone-deaf and just genuinely creepy. VALKYRIEPYRA

Just wanted to tell ya

Re: Yeah uh I got a deletion request

Pyra has taken care of it. --SonicWiki (Talk)

thats no problem i'll add you there

Stay off the hook!

Retrieved from "https://fantendo.fandom.com/wiki/User_talk:Buttermations?oldid=3304071"
Community content is available under CC-BY-SA unless otherwise noted.