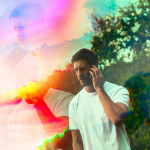 If you ever need to ask me something and I'm not in chat, here's the place to do it. Bleak Moonlight (talk)

hiya! im doing an alternate fantendoverse thing and i was wondering if i had permission to use caoimhe and pageli.

The Zero Escape series is very much like Danganronpa, but it's really focused on science. I imagine if you like Danganronpa - and, more importantly, if you don't downright-despise Professor Layton-level puzzles - you'd probably like it. I definitely recommend playing the games in order (999 → Virtue's Last Reward → Zero Time Dilemma) because the second game spoils plot points of the first and the third plot points of the second. Mirai Moon  20:48, September 20, 2017 (UTC)

we haven't had much time to talk lately but can you please tell me what is going on with Shangri-La? you told me it took place in a alternate universe but inferno is now saying it happens directly before victory, which, for a game that is a fight over the planet, doesn't really mesh well with the timeline at all with what i've written? unten already met parvati? like, can you give me the run down or something?

Hello. This is a reminder that you will, by the end of this week, need to post your votes for Fantendovision. If you're confused on how to vote, then simply look at how the other users have voted so far-- assign a song to 10, 8, 6, 5, 4, 3, 2, and 1 points based on how much you liked them (better songs receive more points). Four songs will get zero points. Thanks, and have fun listening!

Hello, this is another reminder for Fantendovision, as the next one started about a week ago. You will need to vote within the next 48 hours. Thank you!

Retrieved from "https://fantendo.fandom.com/wiki/User_talk:Bleak_Moonlight?oldid=2633247"
Community content is available under CC-BY-SA unless otherwise noted.