You don't have to do it, Just seeing what you would think bout it.

Hey Fandro, wazup? Anyways, you know that blog I made yesterday? Well, I accedently missed it completely, and I have to make another blog today to fill it in. Can you help me fill in the blanks about what I don't know?

Sounds cool. I'll probably participate, despite not having too many ideas for the Eternal Brawl games. 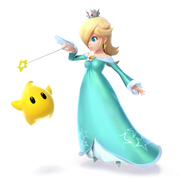 Remember that you can also use the consoles Nintendo Prima, Element Alpha and the new Fusion Eternity for your games.

Thank you in advance: Yami no Tenshi

I created The Super Koopaling Channel Wiki ! Want to be admin ?

I added two new episodes. Though, I ran out of ideas after that last two. Do you have any suggestions ?
Marx422 (My talk)

Be on the document I'm going to share with you at around 10am.

The Story of TNG's socks

Sense you asked in the comments, just in case we commented at the same time which glitched me once. I'll tell you here.

Users like Sora wold pick on me and bully me due to my bad grammar and awful articles. Once they got me to swear in Spanish.

After that I wanted revenge..I have problems with forgiving people I want revenge on.

So, all of this stuff happened.

But strangley, there the ones who taught me grammar and lead me onto a great life...

I know how to add user boxes on here.

I'm just too lazy to get some on my profile. :P

The Topic That I Do Not Know What To Put

Let's say you wanna make people join your companies or Fantendo. Or do like Tom's channel.

can u possibly maybe possibly make me a sig with mah villager pic on it heres a png:  https://yt3.ggpht.com/-TEoItiGNnII/AAAAAAAAAAI/AAAAAAAAAAA/gXkO55dkcKA/s900-c-k-no/photo.jpg

I did see the thing on your talk page saying.... the thing about ur brain hurting

Yeah just let me know. Also i does not matter if you cant :Y

also could you put neon green in the backround and then my name...... and... yeah 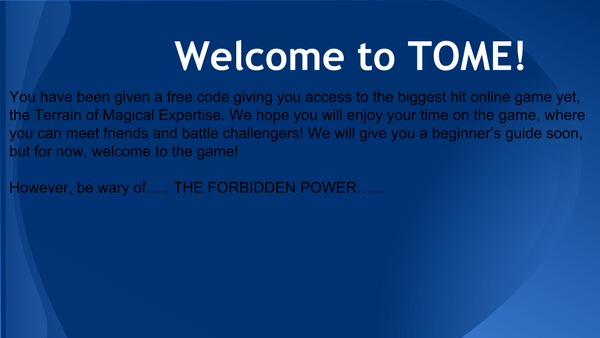 Go here to accept your invitation.

Not sure how long ago your block was done, but it's 8:45pm now, so it probably wasn't that long. Regardless, you probably should've waited until you were about to leave to do it.

Forgot that I have to take a test during tutorial today. So I might be on before 2pm, but don't get your hopes up.

RE:your message on my userpage

add me on your friends or ill cry k

jk but it'd still be nice

Saw the template; now I just need to know how to change my signature to it.

I don't think it worked.

Can i use Fandro in my Game?

How do you make those timers?

Do you think I can make them go on a stop watch, so every 7 days they will repeat?

Will you make characters for the Grand Theft Gumball universe?

Yeah definitley BUDDY OL PAL. Anyway could you tell me what you want on it? (me gusta boxart)

Anywho, i'll probably do your boxart first because MGX isnt responding so yea!

The schedule is screwed up today, so just come on at 10am and 1pm.

I won't be on the document at all today, so don't bother coming on.

General Scotch (Snow)
Add a photo to this gallery

Want to work together on a Game?

Want to make a Zelda Game with me?

I really don't know what to do

probably not Mario because everyone on the wiki has probably created a fanon Mario game by now --Claus the Mighty (talk) 12:58, June 19, 2014 (UTC)

but what kind of spin-off should we do? there are so many spin-off games like pokemon stadium, snap, ranger, mystery dungeon, the shadow pokemon games, etc etc etc --Claus the Mighty (talk) 13:09, June 19, 2014 (UTC)

A message that doesn't contain anything:

May you edit that picture to make the sun green with bowser's face in the middle? Like, the face should be all green, and he should be smiling.

Remember me? Kinda hope so.

Remember this? Kinda doubt it.

Stop putting me in this Turtle game, you're making me look like an idiot.

I can do two, I can't do the Mario because Captain Lou Albano died. :(

I'm just afraid of people I don't know in real life knowing where I live, like if they'd track me down.

I'll show up to the chat in a few minutes.

lul. hai. get in chat. i made wario logoooooooooooo.

bravenwolf banned me -_-. I tried un banning me but it said my ip adress has already been used by master braven wolf so im autoblocked for a day. I dont even know. Is bravenwolf hacking me. Sweet lord. Can you un ban me on fandropedia? Thx. see yah fandro

P.S you put on your talk page "staring" instead of starring. lol.

I don't understand everything, can you make a simple drawing? 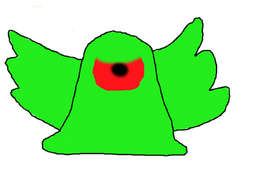 Yeah, I can do that! However I won't do it today, as the day's too short for that, but I'll start tomorrow (which is like 13 hours from now... ouch, that's quite a long time, I apologise). I picked up a big art project yesterday again, so maybe I'll finish an art for that first, but I really want to have it done tomorrow evening (18:00 Greenwich Mean Time +1). I can't really promise how it'll look because my arts haven't really been good as of late, but I'll try my best.

Yo, it's done. I really rushed it in the end though because it's so damn hot here and I need to do stuff, so the feet and cloak are pretty terrible and the hands are copied, but they've never been my strongest point anyways.

If you see any major flaws that I oversaw like random spots flying around please tell me.

Hey fandro, sorry i couldnt get back to you sooner. I would be happy to make you a logo, i just need a link to the page but yeah. My dad came back this weekend and some pretty sad stuff happened and i got on the computer once but now my dads gone so yea. I can tell you more in chat but yeaa...

Thanks, i can tell you :). So i think you already knew this but my parents are divorced, my brothers a drug dealer (Trevor), my sisters in college (Tessa), and my brothers a drug addict (Tristan). My dad comes to see me every 2 weeks or so, and so this last weekend was the week i get to see him. Oh and also he stays Friday, Saturday, Sunday. So my dad was coming back this weekend with my brother because my brother lives with my dad in kansas. We were excited to see him because he just came out of rehab. And the first night we were here my brother was gone, so i didnt get to see him, nor did my other brother and my mom. He was gone for a full day and we got worried. My dad filed a police report and then my dad got a call from my brother (the drug addict that was gone for a day) and was talking about killing himself. He said he had no purpose in life and so he hung up the phone and i was balling on the couch. He sent my dad a text, saying "Tell Griffin, Trevor, Tessa, and mom that i love them". And i was just a wreck  by the time he sent that. But then a little bit later we got a call from one of Tristans (the drug addict brother) friend saying he wasnt going to do that and he was gonna come home safely. So he came home and went to sleep, and i was relieved, but that night was still a trainwreck. My brother could still have those thoughts and before, i didnt know this but my dad said he has had a suicide thought like that before and thats why he went to the hospital once and i remember he went to the hospital but my dad never said why until now. My dad said he said "Im gonna kill you (my dad) then myself" which is really sad to hear because i remember a time when my brother was normal and itss just, ugh. Anyway yea thats what happened, im glad you understand :)

So, about that white table you made for me...

Hey, it's me again, Nuggeting779. Y'know, the guy who you helped with Visual Mode? Yeah. Him.

Im rooting for you

Ok this may sound wierd at first but, i have noticed we dont have an official logo for the koopalings series

Would it POSSIBLY be the old one with the super mario font, er do you think we should put the new one

hay come to chet to the road runner chat

me and braven r ther

Well, im glad you gotta spend time with your bro! Also the new logo is awesome, i made a logo for the series and it looks COOL!

Hey Fandro! =] I'm just gradually getting back again. It turns out I misjudged the day I return to classes by a whole week so I have some spare time to contribute here for a few days. Thank you! :D I'll definitely go showdowning a lot when I see you in chat! :D I've prepared two new teams :> See yah there! File:Sigdmts.png(Talk) 13:28, August 27, 2014 (UTC)

Sure, I can probably do that. However it's 11 pm here so I'm about to go to bed, so possibly tomorrow (or one of the following days, depends on school).

Hey Fandro! You missed a lot over the past few days, but basically we had Fantendo War III. I ended up leaving due to an argument and a lot of users came with me. We formed a new wiki and tried to contact Wikia to get Marina and Elise demoted. Before this happened, we settled things with them, so basically, me and Tenshi are crats now, Marina and Elise are leaving, and we are trying to fix problems on the wiki. -- Lumoshi (talk) 02:57, August 31, 2014 (UTC)

Hi there! I noticed you were on the held spots for Round 3 of the roster challenge, and I'd just like to let you know that we will be continuing the game over here! I suggest that if you are still interested in participating that you sign up on the thread, as it'll most likely start up soon.

A fangame made by Withersoul (and i'm sponsoring it).

I was about to update it when you responded. So i'll expand it whenever i have time, and Withersoul will help finishing his fangame as well, of course. I'll let you know when we're done :D !

OK ! Have you checked out Mario & Luigi: Fawful's Revenge already ?

It's been updated by Marx (please comment if you want!)

I don't really know you Fandraxono, but congrats on becoming on of the new Administrators on Fantendo! Hopefully I can see you in chat and meet you in person! Do you like Donkey Kong, I love Donkey Kong. See ya!--Tiny Kong (talk) 15:37, September 25, 2014 (UTC)

Retrieved from "https://fantendo.fandom.com/wiki/User_talk:Athena_Hawkins/The_Demon_Files,_Archive_2?oldid=2639290"
Community content is available under CC-BY-SA unless otherwise noted.