oh no, our furnace hasn't been working since last night

fortunately, the very thought of you makes me feel more warmth than any Heat Dispenser could provide. I'll be fine, but I still miss you, my love.

no problem, I want your arm to feel better ASAP.

wow, lucky! Is your school just magically predicting every Monday will be a snow day?,,,

Also I'll hop on the doc, Mix Toadette must be made known,

.....and also this dumb MediaWiki bug,

Well I guess Web Development friend is not on role :(

I thought Web Development, but the class is flawed to say the least. The majority of assignments (and tests) end up being questionnaires about coding and styling but never involve practicing those concepts via Building Website's on any source code editor. Last time I remember even having a valid Coding Assignment was like months ago, and it was really basic HTML+CSS styling stuff like Classes and ID's and editing their text, background, color ect., all of which I came into the class already knowing.

Since 2nd semester started, I've been in this class for two A days and despite being listed as a double semester class, it feels like the teacher is treating it like a one semester by repeating icebreaker stuff from the beginning of the year. Once again, I've had to do fluff like "put all of your favorite thing's on a powerpointslide and present it" along with "use Pixlr, which is experiencing heavy server lag, to depict your favorite fruit dodging lava". 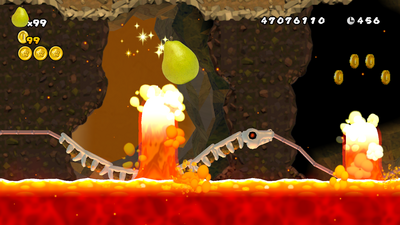 Sure, there are new kids this semester but the majority are Us From Last Semester. Already I'm beginning to fear he'll end up rehashing the same assignments starting from Day One and that we'll end up getting nothing out of the class but Gamer Time.

Thank's web development teacher for taking like 20 minutes out of our class to teach us about the statistics of 15 Supercross racers and having us take a poll on who we think is gonna win,

Also while looking for red coins I found The Secret of The Mountain in Bob-omb Battlefield. Epic Gamer Moment,

I've dabbled in it and python before. I remember it being extremely clunky due to stuff like no integer type, autosemicolon antics and awkward variable scoping.

I miss you so bad rn. Again, I'm so excited to just be together all weekend 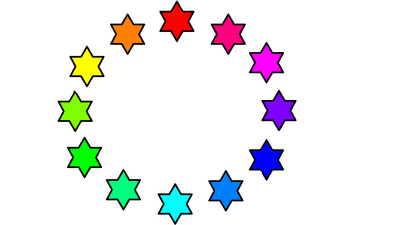 This was the RBG Color Wheel assignment btw. They're totally my Paper Mario Fangame MacGuffins, do not leak. These are only the first 12 by the way, expect 16777216 Stella Stargems total in Paper Mario: The Triangular Island. ,,

About Popplio in ASSB

I think i'll let you on a secret about Popplio in ASSB, Popplio was intended to be in ASSB as a DLC fighter but due to soo many Gen 7 reps and me wanting more wackier characters (i feel like my roster is too safe) so i shelved him for a DLC character

I don't wanna issue a warning but I'd highly consider not necroposting on posts like Post 1 in the future. If you continue I will press with a warning.

I have picked up you voicing negative opinions about the Nintendo Switch. Why? Do you have any reasons supporting your opinion? Erictom333 (talk) 01:59, June 28, 2019 (UTC)

I think that the Switch has lots of Wii U ports to compensate the lack of backwards compatibility. For non-Wii U owners like me, it works well; for Wii U owners like you, not so well. I agree with you in that a method of trading in Wii U games for their Switch equialents would be beneficial fow Wii U owners like you. The one reason all the games cost $60 is that that's simply what it costs to make the cartridges.

I agree with you in that the lack of a Virtual Console was a wasted opportunity. (I bought a GBA SP second hand because I want to collect retro consoles, and I have Oracle of Ages on it. Were Nintendo to have released a Virtual Console for the Switch, I wouldn't have needed to spend $70 on a GBA SP. ) That being said, $20/year for access to hundreds of retro games with Online would work as a viable alternative to Virtual Console. Erictom333 (talk) 04:01, June 29, 2019 (UTC)

Retrieved from "https://fantendo.fandom.com/wiki/User_talk:AgentMuffin/Archive_6?oldid=3069091"
Community content is available under CC-BY-SA unless otherwise noted.