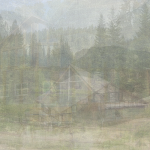 yeah please dont put me in that

no thank you, please dont put me in craftendo

Re: "hey agent make the wiki drown with css. would be really GREAT DUDE"

I did it. It's drowning now. You're welcome. ~AgentMuffin:)

the start up screen was updated on Minecraft, and ever since then i can't get in the server. it just says "Internal Exception: java.lang.NullPointerException". can u help???

i told you i would warn you if it happened again.

You posted that blog a long time ago? I might have made a mistake but I kind of doubt it, considering I remember you necroposting on other blogs that morning.

I reviewed the situtation, seems like I was kind of in the wrong here. However, I would suggest that you make a new blog for new news in most situtations as opposed to commenting on old ones, as that can be a confusing situtation.

I apologize. I've removed that warning and take responsibility for the error.

You have shown to be overly aggressive again and again, even when reminded not to be. This is especially clear on the Mario Kart Switch page, where you made what could be seen as needless ad hominem insults against the creator beyond need. ~ .lennongrad (t∣b∣c) ♥

look, i'm sorry too. i kind of overreacted to that? i hope we can remain friends at least

Would you mind designing a cover art for Monday's Fantendo Weekly issue? If your schedule doesn't allow it, that's fine; I can whip something up if need be.

Also, if you don't have access to the Google Drive folder yet, message me somewhere more private with the email address you want to use so I can add you.

I have just caught notice of a few messages you sent to other users' talk pages, specifically Pyro's. What you posted on Pyro's talk page was mostly unnecessary, ranging from you calling him a "pussy" and a lot of the condescending messages you shoved in afterwards. While I am not against most of your criticisms, you were incredibly condescending and in some instances it came off as bullying. While I'm not giving you a warning (it's a little late for that now), you are certainly pushing towards getting one.

"Oh and if anybody else besides pyro wants to talk about this, fuck off please, because this is strictly between me and pyro. That means you too Poker, as much as I know you love Pyro."

Just thought I'd let you know that this is a public wiki, and like it did on chat moments ago, it could go viral practically any time especially when the action is as ugly as the messages you've left behind. Please work on managing your behavior better or you will receive more than a gentle reminder to follow our rules.

you missed everything he was saying if you think he was remotely saying it only in the insult context. read it again or don't. apparently you're absolutely deadset on wanting to say it, damn what i think about it. everyone else is "cool" with you saying it in private, and just because one person is aware of it and doesn't approve shouldn't put a damper on your "fun". i don't know why you're trying to appease me. this is a issue im still going to hold against you until you stop saying it, but i'm not going to bring it up in public (even though you continue to ask me what made me scorn you).

frankly, your attitude and need for fights to go on forever also turns me off, perhaps more so than the word being spoken with your private chats with friends. i legitimately haven't brought this up until you asked me to. beyond that i just have no real opinion of you or your work so the negative bits just stick out more. i like coldplay, i like adventure time, i like rick and morty too!

i'm not giving you a pass just because you don't use it around me. what we do when few eyes watch us, our true characters, is just as important, sometimes more so. i can't condone this. just because you do it elsewhere doesn't change my perception of you as a person. i think its kind of strange to not think of it that way, as if the fact that my feelings towards you as a person should solely be funneled through what you've done on this site.

and for the blog thing: the delete reasoning was immature as fuck so i apologize for that. i honestly wasn't trying to start anything (honestly more the opposite, considering it would probably started something with my friends and girlfriend who have talked about this album in length with me) but i can get why you thought that. i need to get better about that.

You literally asked me what you did that got me mad at you this morning and I was trying to be subtle about it but you legitimately didn't seem to know what I was talking about so that's why I explained it. Other people made it their business for whatever reason, that's not my problem.

I'm not going to bring it up in public anymore. I said that in my first response, here's a isolated paragraph about it, in italics, because those are fun. It won't change the fact people know about it, but they seem "cool" about it so I doubt it really harms your reputation much.

You don't seem to grasp the fact that even though I can't see it, I still know you're doing it. You could have probably lied to me about it and said you stopped using it but here you are, yelling at me about your "right" to use it. Regardless of whether it's "my business" or not, it will still color my perspective of you. I can't just disregard the fact you do that. I don't care if the people around you are cool with it; I'm not. It's fair to bring that up that I'm not black, but also this isn't going to be touched on again on here. I've promised you that.

I think it's best to just accept we're at a impasse at this point. I'm not trying to keep the hatred, but at the same time I can't just ignore entirely

I went all out and baked you a cake!

Remember me? Anyways, I made a reboot of our game, Five Splats on Freddy's, which you could read here. And I was wondering if you could join me again to work on it, you'll probably say no, and I'd understand that

please tell me this is an april fool's joke, don't leave

Wait as in LumaNin? if so, how's it going man? If you wanna talk, hmu on discord. I can give it to you if u want. but yeah, unfortunately I am leaving. I'm just. yeah.

Okay then, you do you.  Though if I may be blunt, I don't think many people care about you too much to notice your absence following your April Fools leave, especially considering your negative relationships with many of the moderators of this wiki.

Personally I found you to be enjoyable company, so I hope there's no bad blood between us (any perceived insults are just the result of my social inepitude).  I also do agree with many points you've made on your talk page rant, though not all.  Farewell, compatriot.

if you want actual "peace" maybe you should probably try and not do the things that you did wrong again- this pretty standard apologizing notion is not mentioned anywhere in the apology. you also don't admit what you did wrong, so there's that. i dont feel like i have to do anything, definitely not accept this apology where you don't admit you did anything wrong or even attempt to make amends for it. sorry if this goes against your goal of attaining peace and against toxicity; believe me, id rather not breathe in toxic fumes either, but as it stands, this apology doesn't erase the fact you tried to instigate drama on your userpage about me primarily, bringing up drama that not only was a long time ago but had either been completely forgotten by me or something that literally only impacts your relationship with me.

i understand you're trying to make amends for your negativeness on this wiki, but you've done that a lot and i feel like even you know you're gonna slip back into your habits. reading that userpage stuff suggested to me that you got really bent out of shape by this stuff but your unwillingness to move on by yourself is probably the bigger problem than me accepting a apology that doesn't actually reflect a person willing to move on from the past. i didnt care about the blackface minecraft incident to ever bring it up again and i had honestly forgotten about it until you went on your userpage to call the whole situation "retarded". don't really bring the n-word thing up either, and as i noted in the past, you could have lied to me and i wouldn't really know the difference. you confirmed you would still use it even though id really rather you not- you didn't care about my feelings in the situation and that speaks to me that you don't actually care what i think about your actions- you're just more so afraid of the people around me think. they're upset for their own reasons and you should probably make amends with them instead of trying to pretending you want to make amends with me. they'd probably be more reasonable to you anyway.

im not going to accept the apology as is.

your ban will be over in a month, bye

Oh cool i can edit this, I forgot.

But bye. I mean I'll be back in like a week ish but still, i never got to say bye!

I forgot why I wanted talk page editing, so apologies. I think I wanted to tell ath something but i have completely forgotten what it was. I'm guessing this only applies to my own talk though?

Yeah, you only have access to your own talk page for now lol - your usual privileges will return on May 10th. For now, just sit tight and we'll move you back in shortly,

Weeeeelp alrighty then, guess i shall. Thank you for clearing that up,

Well, you would get warned, as clearing your talk page is against the rules.

Not exactly true, but Sure !

I was making a joke,

He'd get warned, in the middle of an ongoing block?

itd be the first time that ever happened, maybe we should establish something in case that does happen so ice doesn't weasel his way out of punishment for the nth time

that was a pretty obvious joke :)

hence why it was crossed out

and why i said i was joking

hey i've been super busy so i haven't had the time to do this. But  wannna say sorry for what happened. i was mad at stuff you'd done in the past and had toruble letting go, but it was wrong to say what i did. I hope you're having a good day. - SD

good to hear from you

Retrieved from "https://fantendo.fandom.com/wiki/User_talk:.arcticbreath?oldid=3220122"
Community content is available under CC-BY-SA unless otherwise noted.