Well, looks like voting is over. Let's see the top five who got the most votes... 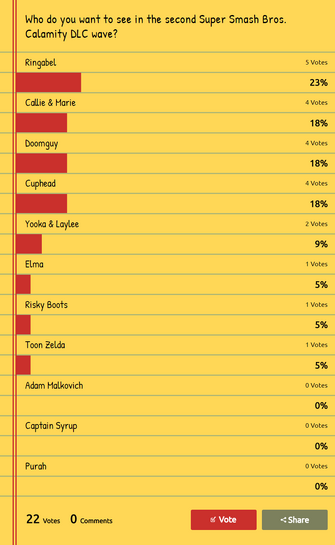 So yeah, expect the top five to appear in the second DLC wave and in the game's roster.

Retrieved from "https://fantendo.fandom.com/wiki/User_blog:OwtheEdgehog/Super_Smash_Bros._Calamity_-_Second_DLC_Wave_Voting_Results?oldid=2524499"
Community content is available under CC-BY-SA unless otherwise noted.