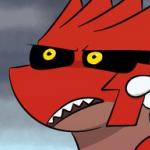 aka slemdunk/zl3m and many other identities

11,608 Edits since joining this wiki
August 16, 2017
Retrieved from "https://fantendo.fandom.com/wiki/User_blog:OwtheEdgehog"
Community content is available under CC-BY-SA unless otherwise noted.