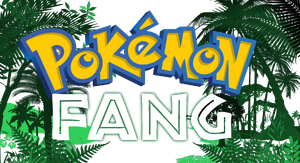 Pokémon Claw and Fang is my second Pokémon project that consists within a multi-game canon starting from Gen 9 and onwards. As with any Pokémon, a new mechanic is typically introduced. In Claw and Fang, Mega Evolutions, Gigantamax, Regional Forms, Regional Evolutions, and New Evolutions and Baby Pokemon will return. However, Claw and Fang will be introducing an entirely new form called: War Pokemon.

What’s a War Pokemon
A War Pokemon is an advanced form of Pokémon that combines the Pokémon with essence of a warrior from the Moja Region. Being an open-world platform, it’s quite difficult to locate and get the War Form and having one greatly boosts the Pokémon’s fighting ability. But that’s not all.

The Moja Region is a region plagued by strife and warfare. As such, the people of Moja favor strength and martial prowess. This reflects on the Pokémon they use and the Moja Form. Using a special catalyst to access this form, both the Pokémon and their trainer becomes one and fight side by side.

There are three types of forms:
Weapon
Armor
Ride


These forms changes the appearance of the Pokémon drastically and gives their power and abilities to the Pokémon trainer thus becoming one. The weapon form changes the Pokémon to a weaponized hold-able form. The Armor Form clads the trainer is a special armor that can inflict attacks. The Ride form can be ridden in and out of battle and have unique properties.

When activated, the action becomes a turn-based hack and slash with both standard attack combos plus four unique War Attacks unique to these Pokémon and their forms. The players have a certain amount of time to deal damage before the turn is over. Players typically get 3-6 turns, depending on friendship levels and other factors, with the later turns being the shortest. Once the last turn is used, the Pokémon returns back to normal. At this point, they “faint” but still retaining the amount of health prior to “fainting”. They are in the “fainted” status for three turns before waking up.

All Pokemon can access the War Form but many Pokémon simply manifests themselves into natural spirit energy around the player. This allows the player to use either melee, armed, or projectile based combat while bolstered by this energy. The energy is dependent on the Pokémon typing.

So what Pokémon have access to new War Forms?
I have many ideas planned for War Forms for both new and older Pokémon. To demonstrate, I have two forms here on hand that help show the Weaponized and Armor Forms!

War Pyroar
This offensive based Fire-Type Armor Form gives your player character a mane full of fire which allows to fire powerful blasts of fire and heat from it. Not only that, it grants Pyroar’s burning fire claws as an offensive tool! Deliver quick and brutal melee claw attacks or attack from afar using massive blasts of fire from your mane!

War Dracubat
Does this Pokémon look familiar to you? No? Good cause it’s an entirely new Pokémon! This is the alternate regional evolution of Golbat called Dracubat! When it’s War Form is unlocked, it becomes a powerful death dealing scythe that players can use to deliver tremendously powerful slash attacks with and leech life off your opponents! As I mentioned, this is how Weaponized forms look. They don’t clear the player in a new armor or clothing but transform into a useable weapon in battle!

You can expect to see the Rider form next week and I will unveil more Pokémon forms and I think due time!

Retrieved from "https://fantendo.fandom.com/wiki/User_blog:LostSynth/Introducing_the_War_Pok%C3%A9mon_in_Pok%C3%A9mon_Claw_and_Fang?oldid=3102913"
Community content is available under CC-BY-SA unless otherwise noted.