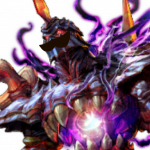 aka Luigi, Dialga, whatever

Welcome to my page. Ok, let me get this straight: I'm under a curse that's making me fanboy over the lake trio, and it was because of some fanart all over the internetz.

Please just carry on with your life, if you have one. If not, then get one. 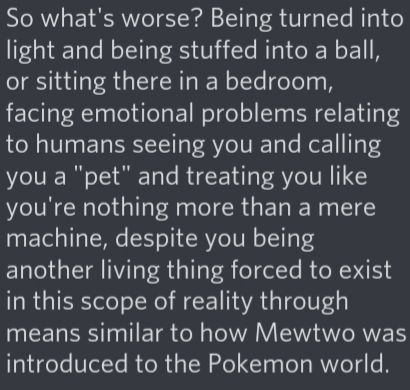 Pokemon Singularity: A new region, a collection of new and old Pokemon, and who knows what else?

Super All-star Mayhem (Gun them down!)

Super Smash Bros. Ruby: More characters. I think the Lake guardians, Midna, and a few other special guests become fighters in this game. Oh, and ALTERNATE FORMS ARE IN THE GAME!

Eye of the Spacestorm One of my more "original" projects

Trilby (Some memories were put into this one)

Volt(Yoshipea) (There are many with that name, but this one is mine)

Equonix (Daww, look at her. Isn't she an angel when... HOLY MOTHER OF ARCEUS, SHE HAS A SWORD!)

Soulstar (She shows a good example of "Adorable"... as long as she's in bed)

Takasteel (It can be used as a source of knowledge, much like a book.)

Miranix ("Everything is like... an illusion" would be your next words after a single fight with this)

Ragnarr (Apocalypse Pokémon. Name says all, or so they think)

Ionizer (Dang guards get in the way.)

Dash Mushroom (Thinking about running like it's Saints row IV?)

Dubstep Flower (Mario definitely looks better with Dubstep on his side!)

Dark Heart (The thing that Equonix needs to do everyday things, and... Remain awakened, actually.)

These links lead to threads, so don't ask. https://fantendo.fandom.com/wiki/Thread:1565584?useskin=oasis

User:Yoshipea/Location where humans are not allowed to go

This thing? Ok <insert your name here>, I'll gladly show you it! This tool has been aeound ever since I was in one single wiki!

Now remember what this wiki is:

Retrieved from "https://fantendo.fandom.com/wiki/User:Yoshipea?oldid=3272434"
Community content is available under CC-BY-SA unless otherwise noted.