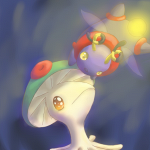 Hey everyone, my name's TechBreloom, formerly MarioGameChampion, but feel free to call me David (my real name). I don't play many Nintendo games anymore but I'm familiar enough with what I have played to make some fanon and also happen to be a very experienced and dedicated competitive Pokémon player, specifically by Smogon rules. I've been around since around the end of April 2012, and I spent a year or so being a bit of a nuisance and getting on everyone's nerves. But after a bit of an inactivity period in 2014, I returned in January of 2015 under a new username, much more dedicated to being a bit more of a helpful and dedicated member to the community. I started fresh with a new userpage, but that was slightly sloppy and really not too serious, and as I'm trying to reform myself to be a more dedicated and serious person towards the wiki (not to say I probably won't talk or type with proper grammar, spelled out language or capitalization outside of articles, which I do quite a bit) I've decided to go with the current more fresh-looking style that you see here; nothing really original, you've probably seen something like it before on someone else's page, but it looks alright and that's why I'm going with it. Anyways, feel free to look around. Pretty much all my stuff I've ever contributed to the wiki can be found here, whether it's on this page or somewhere in my userpage archive, I'm sure you'll have fun exploring.

If you need to talk to me, your best bet is my talk page, though I do pop on chat a fair bit, so you may see me there. I do go AFK on chat most of the time, so be sure to ping me with any of my ping terms. I've on some other sites and social media and things like that under this name, which you can find somewhere here, but like I said here is your best option because I don't check anywhere else very frequently. I'm sure I'll see you around either way. Thanks for stopping by!

Most of my stuff is either developed or published by Cogshift Studios, a new company I got around to making.

Also check out my concept exchange, where you can find ideas for games and such that are free to use if you would like that I've ended up scrapping.

I'm a pretty friendly guy nowadays so I don't really have anyone around here that I dislike. If you consider me a friend, add your name to the bulleted list here.

If you want to know what I think of you, request a ranking here, where I'm generally pretty honest but don't usually end up being cruel at all since I like most people anyway. I don't have a guestbook cuz no one signed my old one and it was kinda embarrasing.

This is where you can find all of my subpages. Feel free to browse throughout them.

Like I said earlier, contacting me on here is probably your best bet, but I've got some outside accounts that you can always reach me on.

Why SGY is the Greatest User on Fantendo

“On monday, i was trying to brace myself for the fight, fell asleep in homeroom, someone woke me up, knocked down my desk hitting the teacher's foot, and said "I will get you locky"”
— SuperMaractus (t∣b∣c)

“i used to be really afraid that if you left a TV off, sid from ice age would crawl out and reveal his nose to just be eyelids for a third, incredibly bloodshot eye. now i'm just afraid of wasps”
— PabloDePablo (t∣b∣c)

After I complete this list (which I hopefully do by the end of 2017), I hope to reinvolve myself in the community and potentially take some authority as there are some things I wanna get done around here. I feel like I could make a good admin if I could actually stay active for a long period of time and be fully familiar with the community as I was years ago. Once I'm at this state, any future fan games of mine not having to do with the Fantendo community will be created on Neotendo, which I also hope to clean up. My goal for that place is to be more of a fan game hub with a bit more freedom and laid-back standards that Fantendo presents users with, but staying around here and leaving this as a more community-friendly hub. If you have any confusion about these plans, you really won't be affected anyway, but hit up my talk page if you're curious and want any explanation.

Here you can find all my Super Mario Maker levels, in case you haven't spotted them here.

This userspace is viewed best by using the Monobook skin for the following reasons: NWL sucks.

Retrieved from "https://fantendo.fandom.com/wiki/User:TechBreloom?oldid=2996413"
Community content is available under CC-BY-SA unless otherwise noted.