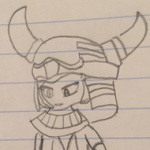 I've been working on projects for a while around here, and hope to see feedback. 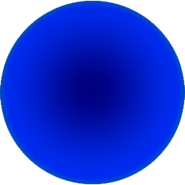 These are individuals hand picked by mc's Caretaker to help them in guiding the civilization. Each are very smart compared to the rest of the population, and are tasked with teaching the citizens. Each teacher, however, has their own ideal to promote.

A community project utilizing the world of Kirby. In it, a mysterious, spider-like creature seems to've invaded. This creature is called Parting, and it appears intent on splitting the whole of Popstar into pieces. She is seemingly able to sever friendships and relationships, rendering them villainous against each other. Now, it's Kirby's goal to search Dreamland for a means of stopping her.

The story begins with Kirby sleeping on a patch of glass. However, some ruckus nearby stirs him awake. Confused, he looks over, only to see several Waddle Dees running around, playing tag and otherwise playing together. Kirby grins, and rushes towards the Dees. They happily accept him, and he begins playing with them. The camera then zooms out, and goes into space. In space, there's a great big, spider-shaped ship. It zooms into the ship, and within is a strange figure.

She wears a raggedy, red and blue dress, has a somewhat humanoid upper half (though it's covered in black hair) topped with a red and blue headdress. Her lower half appears to be that of a spider, boasting black fuzz and 8 thin legs. She's looking through a telescope onto Popstar, before she steps away, looking fairly saddened. In a huff, she walks over to the back of the ship, and opens up a drawer in it.

Within the drawer is a set of scissors with a purple handle and black blades. She grabs them, and walks back towards the telescope, and looks back at the Waddle Dees playing with Kirby. As they play around, she grabs some of her hairs, and stretches them out. They suddenly glow purple, as she brings the scissors down to the hair. She snips one of the hairs, and one of the Waddle Dees suddenly stops in place, grabbing at their chest. Confused, the other Waddle Dees and Kirby come to him, worried.

Suddenly, the Waddle Dee looks up with a mean expression. Then, he roughly shoves one of the Waddle Dees away, before pointing and "laughing," the other Waddle Dees and Kirby upset at this behavior. Meanwhile, the spider lady snips through more hairs, and more Waddle Dees begin to look less and less friendly. Soon, Kirby's the only one left looking horrified while the Waddle Dees around him are all bullying each other.

At this point, the spider lady has one strand of hair in hand, and she goes down to snip it. However, upon bringing the blades down on it, her scissors suddenly fly out of her hands. She's confused, but still holds onto the hair as she scrambles for the scissors. She picks them up and then tries to snip the hair again, though her scissors are repelled again. She keeps trying, but then grows annoyed and just leaves the scissors. Now, she looks through the telescope again and scans over Popstar.

She sees a couple of sword knights dueling, before shaking each other's hands. She sees Dynablade tending to her young. She sees Whispy Woods providing food for the wildlife in his woods. And she sees a Vividria painting while a Waddle Doo poses for her. She seems visibly frustrated at all of these kind acts, and then retakes her scissors. Her ship lowers itself, and now Kirby can see the massive, spider-like ship overhead. It extends its legs, and pins them into Popstar, keeping her in place.

Kirby turns back towards the mean Waddle Dees, and then back to the spaceship, determining that it must be involved with this mean-stuff. So, he decides to find a means of stopping this guy.

Kirby: Hand in Hand is a game that plays sort of like Amazing Mirror. Unlike that though, where you have to explore a map in order to open up the final passageway to the end world, here, players can take multiple passageways to the end. Worlds are represented as sprawling areas Kirby can explore, and they can be interconnected with other worlds. As players explore these worlds, they may find that they can take multiple passageways to the end world, Parting's ship. These passageways may or may not take players through all the world, though diligent players will be able to explore each and every possible passage, branch, and crevice.

Now that the basic story's been set up, it's time to set up a few basic rules.

The worlds are the areas in Kirby: Hand in Hand that players will have to explore in order to reach their goal. If you're to submit a world, you'll have to first say the name (and then give a brief description describing the aesthetic and general layout), then describe a few obstacles seen here, describe a few puzzles seen here, a few enemies that are here, any midbosses present, at least one boss that's here, collectibles hidden in here, and then describe the other worlds the world you submit is connected to. It's recommended that the enemies/midbosses/bosses/collectibles/worlds you want associated with your world be set up in the other sections prior to you submitting said world.

Other users are able to add to worlds other users submit.

Enemies are creatures seen going around various parts of various worlds. They tend to be harmful towards Kirby in some way, shape or form. If you submit an enemy, you must put their name, offer a brief description detailing their behavior, and explain what ability they give, if any at all.

Midbosses are the hardy enemies Kirby frequently encounters. These enemies are tougher than most, and require Kirby to beat them in order to suck up their ability. In order for a midboss to be submitted, players will need to present a name, a brief description describing them and describing the various attacks they use, as well as state what abilities they offer upon being beaten.

These are the creatures you face at key points in the worlds they appear in. They may be guarding some collectible or guarding some path forwards. When you submit a boss, you need to fill in the name, description, world, and reward (image is optional). The world they appear in needs to be an existing world, and the reward must describe the reward in fairly limited detail (passage to a world, passage to part of the current world, or a specific collectible). As for the description, they usually consist of a description of the boss room, the physical appearance of the boss, as well as the attacks the boss can do. While optional, boss descriptions may contain a second phase, or even other phases. If other phases are introduced, players should describe approximately when the boss enters that phase, and what's different about the phase. Differences may include a change in the arena, a change in the pattern, new moves, a new element added to the fight, or some combination of them.

The first sketch of Parting
Add a photo to this gallery

Fire Emblem: Parallel Homes is the latest entry in the Fire Emblem series, and a tactical RPG that follows the tale of two different travelers from two different kingdoms. Throughout the story, the two people will be free to make choices that change the story, either benefiting their side or the other, or harming their side or the other. The ultimate goal is to make one side achieve their goal instead of the other.

Parallel Homes takes place on the continent of Synelle, a land bearing primarily two kingdoms, with stretches of unaligned villages, each either breeding lawlessness and malice, or being victims. At one edge is the kingdom of Ytori, and at the other is the kingdom of Mythal. Legends spread about the continent about a fallen dragon, who bears powers unlike any other, and the rulers of each kingdom decide that they know what's better for the continent, so they've been seeking out any and all knowledge on this dragon before the other can.

The chapters are divided amongst the two kingdoms. One for Ytori, and one for Mythal.

Retrieved from "https://fantendo.fandom.com/wiki/User:Somebody495?oldid=3280570"
Community content is available under CC-BY-SA unless otherwise noted.