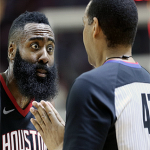 Hello! I'm Lumoshi! I've been on Fantendo since 2012 and was a bureaucrat on here before my retirement in 2016. Nowadays, I don't create much content on this site, but I come here every now and then to chat since there are people on here that are pretty cool.

As of 2020, I am once again an administrator on Fantendo, so don't hesitate to contact me or any other of our staff members if you have any questions or concerns!

In real life, I live in the United States and am a 19-year-old college student studying computer science. Despite that, my ultimate dream is to publish a fantasy series I've been working on for several years now. I've put a little information about that series on this page. I also am a big fan of classical music, especially the works of Ludwig van Beethoven and Antonin Dvorak.

Contact me on Discord at Lumoshi#7393. I'm usually almost always on the Fantendo wiki's Discord server, which you can see a link to on the sidebar of this wiki.

Feel free to put your username or signature below.

Retrieved from "https://fantendo.fandom.com/wiki/User:Lumoshi?oldid=3271890"
Community content is available under CC-BY-SA unless otherwise noted.