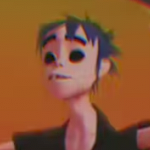 aka A Scary Gargoyle On A Tower

In a mirrored world, are you beside me?

Welcome to the userpage of the greatest user on the entire Fantendo website, Drackula! I specialize in mostly original content, working on characters and stories and such,  but sometimes I make fangames too.

Some of my closest friends, If you're not here it doesn't mean I hate you, just means that we don't talk as much and aren't super close.

Where else you can find me

“I think about if a friend were choking on ice, "just be patient" would be the best advice.”
— Rhett James McLaughlin

Retrieved from "https://fantendo.fandom.com/wiki/User:Drackula?oldid=2347708"
Community content is available under CC-BY-SA unless otherwise noted.