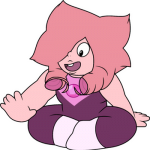 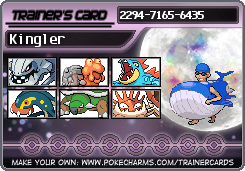 Hey <insert your name here>! I'm .chromicsalt, but you can call me Kingler or Salt. I'm a huge fan of a set of series, with my favorites being the Super Smash Bros. and Pokemon series. However, I do enjoy playing some others, such as the Kirby or Mario series. According to a quiz, my spirit Pokémon is Sawsbuck.

According to another quiz, I am most similar to a Psychic type.
I stumbled open this wiki in February 2014, and up until May 2014, I was making fan games and other ideas here, while also making (very few) friends. Around May 2014, I left because I lost inspiration for making games and felt like I stood out in the community (although I did visit rarely from June 2014-November 2014, although I only made comments and didn't socialize or make anything), but around July 2015, over a year later, I came back, and I was there for a while. Around early February of 2016, my activity here had been dropping, although I still stopped by every once in a while and due to school ending, my business level has lowered, so I was slowly coming back full-time. Now with the summer of 2016 approaching, it was a lot easier to spend time here, and I slowly became regularly active again. Unlike previous years, school was been fairly easy and calm this year, so I have had time to visit Fantendo regularly, and I have still remained active. My activity became particularly apparent after December 2016.

These are my signatures.

All of my games that I have created on the wiki.

All of my series that I have created on the wiki.

All of my characters that I have created on the wiki.

All of my companies that I have created on the wiki.

All of my video game devices that I have created on the wiki.

If you consider me your friend or have visited my userpage, sign under here!

Just some fun facts about me and my userboxes.

Retrieved from "https://fantendo.fandom.com/wiki/User:.chromicsalt?oldid=3199775"
Community content is available under CC-BY-SA unless otherwise noted.