Ukikis (also known as Monkeys or Ukkikis) are monkey-like enemies that appear in the Mario series as well as the Yoshi series. They usually spit seeds or throw bombs at enemies, but some are relatively harmless and will try to run away. Some Ukikis also seem to have an affiliation to Donkey Kong.

In Yoshi's Woolly World 2, they can be found as Seedy Sallies (which through Pokey Poms, since Needlenoses are absent), and Short Fuses. But there are also new variants: 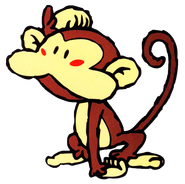 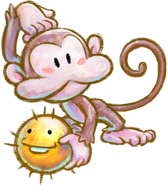 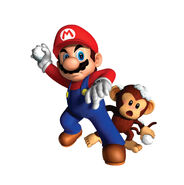 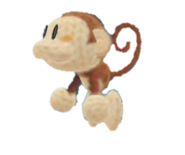 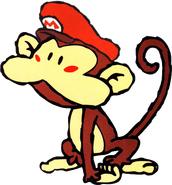 an ukiki with mario's hat