Tubba Blubba is a large, fat, light blue and orange Clubba who hates ghosts. He has a large white sewn-on patch where his heart was detached from him by Bowser.

Initially a coward, he was mocked and haunted by Boo and his friends. Eventually, he made a deal with Bowser: power and immortality for eternal servitude. He then developed a taste for Boos. However, Mario found Tubba Blubba's Heart, battled and managed to make it run to Tubba Blubba, making him feel invincible, but actually removing his invincibility. Mario then quickly defeated Tubba Blubba, and he then reveals that he is actually very sensitive.

He's one of the survivors of Kirthar's Snap Finger 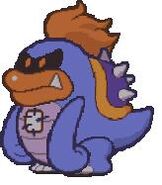 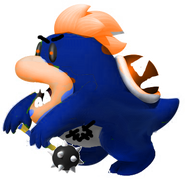 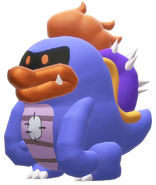