Triple Red Shells appear as staple items in the Mario Kart series, appearing in every installment since Mario Kart 64 - canon or fanon - and usually functions in the same way. Once thrown, Triple Red Shells tend to lock on to the racer ahead of the thrower, and will target them. They are unable to bounce off of walls in most installments.

The Triple Red Shell appears in every game in the Koopa Kart series staring from Koopa Kart 64, serving the same role as in Mario Kart, although the Green Shells trail behind the kart like a Triple Banana or a Banana Bunch. In most games, it can be obtained from 4th to 8th place, while in Koopa Kart Wii and Koopa Kart 8, it is obtainable from 5th to 11th place. 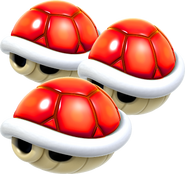 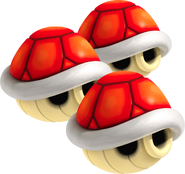 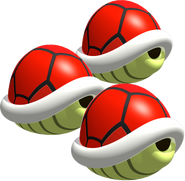 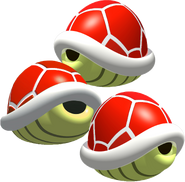 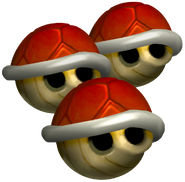 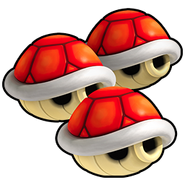