Tippi (real name Lady Timpani) is a Pixl in Super Paper Mario who teleports Mario to Flipside in the beginning of the game to meet Merlon and save the worlds.

She was once a human in her previous life, as Lady Timpani. Although Tippi has no known powers as a human, when she is a pixl she can see invisible objects and make them visible for other people. Like all pixls she can float in the air. She can also tell Mario about people and enemies with her Tattle ability.

During Super Paper Mario, Tippi plays an important role in helping Mario start off on the adventure. She makes the Green Pure Heart appear so Mario can continue the adventure. She also has past ties with Count Bleck, the main villain of the game which is later revealed that they were in love.

After the events of the game the two wed, and the true love that they have shatters the Chaos Heart, saving the universe.

Tippi has a somewhat reserved personality, which is shown by the fact that almost all of her sentences end with "...". She often talks to herself about her past life, although she never really discusses it with other characters until the end. She is shown to be very caring and kind. She is not easily embarrassed, as shown when she confesses her love for Blumiere. It also seems that she takes a strong liking towards Mario.

Although Lady Timpani has no known powers, Tippi can see invisible objects, as well as make them visible to the player. She also holds an abundance of information on the many different characters and enemies found throughout the game. It is unknown how she knows this information - it's possible it is hard-wired into her Pixl form as its main function, or that she gleaned some from reading the Light Prognosticus, or even through observations made during the time she spent wandering through worlds.

Tippi also has the ability to transport the heroes to Flipside independently of the Return Pipe, although the extent of which she can do this is unknown; as she claims later in the game that it 'just happens'. 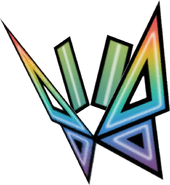 Concept for Tippi's true form by Eniotna and sindel545
Add a photo to this gallery
Retrieved from "https://fantendo.fandom.com/wiki/Tippi?oldid=3188183"
Community content is available under CC-BY-SA unless otherwise noted.